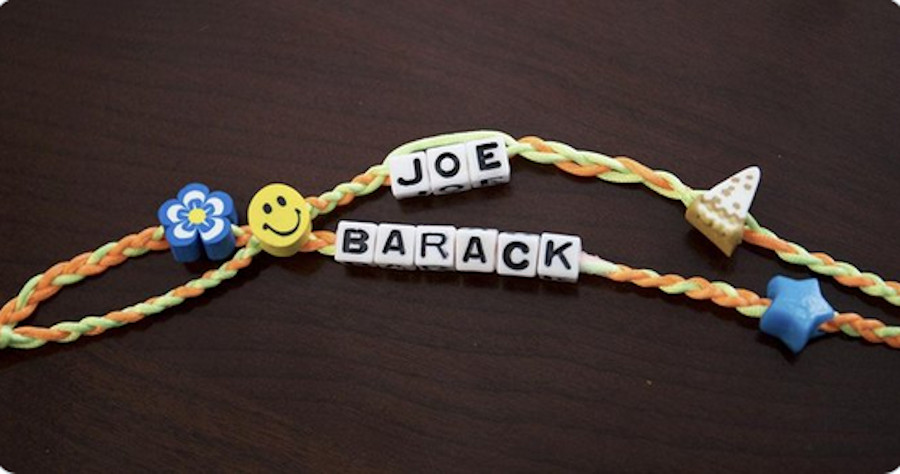 One of the biggest lies ever told in the swamps of Washington D.C., is this tall tale that Barack Obama and Joe Biden are “best friends forever.” Of course, that’s the narrative they want us all to believe, because the left needs to present a totally united front. It’s the only way they can appear to be such a formidable force.

You see, if you don’t fall in line with the progressive movement’s “groupthink,” you’re cast out and canceled. Cut off forever from being part of the “it crowd.” This is how they keep so many people on the leash.

When it comes to the supposed close friendship of Obama and Biden, it’s a total joke and there’s no truth to it. It’s a marketing ploy.

Can you imagine Obama, who thinks he’s the smartest man in the room, being buddy-buddy with a bungling dumba** like Joe Biden?

Give me a break…

But it was in the best interest of the Dem Party to perpetuate this fantasy friendship.

Who can forget this shameless and cringeworthy nonsense?…

Well, according to a new report from Radar Online, Barack Obama and Joe Biden aren’t “friends,” and in truth the two men don’t really like each another, and that whole “BFF” garbage, was all just make-believe.

An excerpt from an explosive new book leaked, alleging the former U.S. President and his righthand man-turned-Commander in Chief aren’t as close as they appear.

While Obama put on a brave face for the cameras, helping Biden secure the presidency in the 2020 election, the 60-year-old politician allegedly had “complicated feelings” about his former veep’s campaign.

Who didn’t, right? The guy never came out of his basement. How many gaffes popped up where Biden wandered when answering a question or totally forgot the question to begin with? Too many to count.

New York Times journalists Jonathan Martin and Alex Burns also claimed in their book, This Will Not Pass: Trump, Biden, and the Battle for America’s Future, that Nancy Pelosi was the one who said Obama was “jealous.”

While Obama only spoke to Biden “occasionally” during his campaign, he allegedly chatted with Pelosi all the time.

“Nancy Pelosi, who spoke regularly with the former president, came away from her conversations with Obama during this period with a matter-of-fact diagnosis,” the book alleged. “She told a friend: ‘Obama is jealous of Biden.’”

The book also claimed that Biden seemed to feel the jealousy.

“I am confident that Barack is not happy with the coverage of this administration as more transformative than his,” the 79-year-old current president allegedly went on to tell an advisor.

According to the bombshell book, when Obama and Biden did speak, it was “hardly the stuff of the tight brotherhood both men had sold to the country as a cheery political fable.”

This isn’t the first time Obama and Biden’s allegedly turbulent friendship was exposed. In 2020, Politico came out with a report claiming #44 wasn’t confident in his veep’s ability to lead the country after Donald Trump’s reign.

“Don’t underestimate Joe’s ability to f— things up,” one Democratic source claimed Obama had stated. If he really said that, there’s no truer statement the former president ever made.

But it’s not just Obama who’s got nasty things to say, Joe does too.

He blames Obama for not lifting a finger to help him win the black vote.

The one thing in this report I don’t buy is this idea that Obama is “jealous” of Joe… I call BS on that.

If anything, I think Barry is hip to the fact that Joe is a bungling moron, and Pelosi, a slobbering Biden fan girl, took THAT sentiment as “jealousy” from Obama, when she should have taken it as the truth.