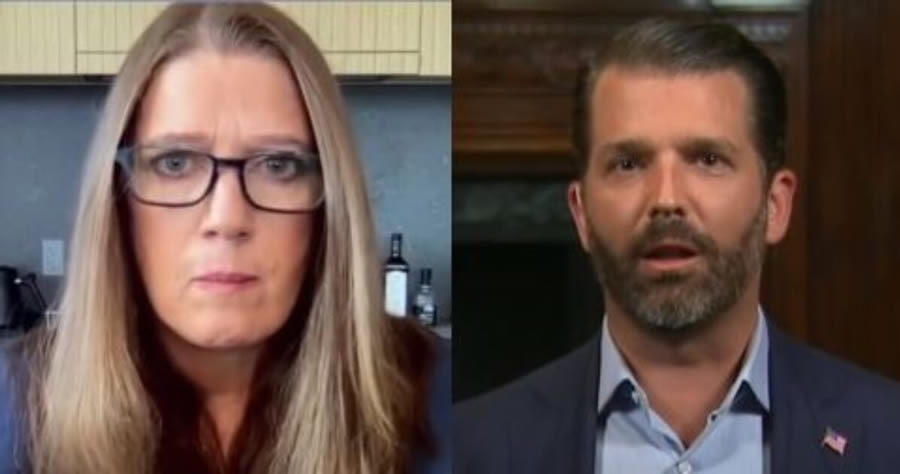 Mary Trump, who has viciously gone after former President Donald Trump at every opportunity, has now cravenly gone after her cousin Donald Trump Jr. and his alleged texts over the Jan. 6 riot to then-White House Chief of Staff Mark Meadows, ironically calling him cowardly.

She sat down with MSNBC host Lawrence O’Donnell on Monday to do her favorite thing… bash the Trumps over unproven allegations that are taken out of context and twisted to fit a hateful, leftist narrative.

The segment began with committee chair Rep. Bennie Thompson (D-MS) attempting to claim history as a stage for the left’s imagined grievances against Trump and his cabinet while in office. He called out those individuals who are defying the Jan. 6 Committees overreach, “If you are listening at home, Mr. Meadows, Mr. Bannon, Mr. Clark, I want you to know this… history will be written about these times. About the work this committee has undertaken. And history will not look upon any of you as martyrs. History will not look upon you as a victim. History will not dwell on your long list of privileged claims or your legal sleight of hand.”

Having set a dramatic, disingenuous political podium to bloviate from, O’Donnell then brought on Mary Trump so she could vent just a bit more of her hatred for her family.

The left is claiming that Donald Trump Jr. is one of a number of conservative figures who pleaded with Meadows to make former President Trump call off the riot on Jan. 6 via text messages. The out-of-context messages were presented Monday by the House select committee investigating the incident.