‘There isn’t enough Yuck in the world’: Matt Damon’s Crypto Commercial Is Getting Roasted On Twitter 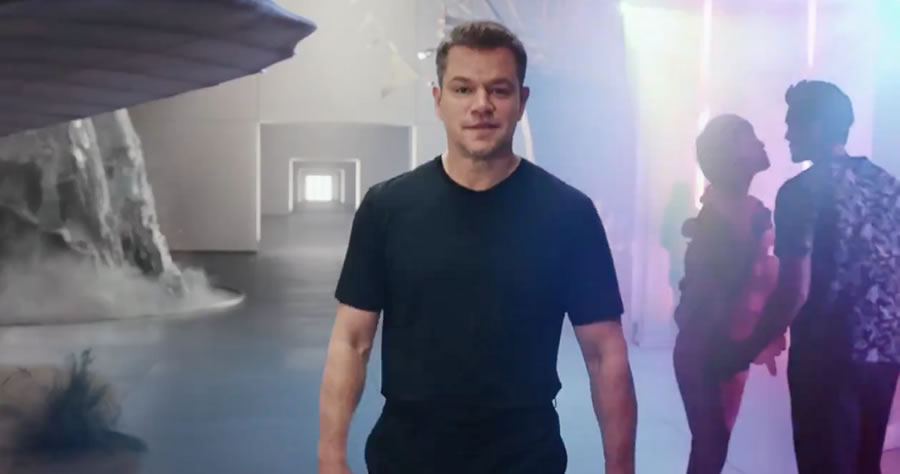 Fortune may favor the brave — but Twitter is not favoring Matt Damon’s crypto commercial right now.

The Oscar-winning “Good Will Hunting” actor became the face of Crypto.com last year. The cryptocurrency exchange app and platform based in Singapore lets users buy, sell and store cryptocurrencies. It signed Damon as part of a $100 million advertising campaign directed by “Inception” cinematographer Wally Pfister, with ads set to air in more than 20 countries. And in another big move, it recently paid a reported $700 million to rename the Los Angeles Staples Center — home of the NBA’s Lakers and Clippers — the Crypto.com Arena.

“I’ve never done an endorsement like this,” said Damon, who is also a Crypto.com investor. He told Bloomberg that he’s ready to “ride or die with the economy” — but he’s also not quitting his day job making movies.

That may be just as well. His first Crypto.com spot, “Fortune Favors the Brave,” which has been played in movie previews, during NFL games and shared online since last fall, has not been as well received on Twitter as his box office hits like the “Bourne” movies and “The Martian” have been by viewers.

A tribute to those who got us this far.
And an invitation to those who will take us further.#FFTB pic.twitter.com/BWBneqjGnF

Matt Damon doing a crypto ad. Jesus Christ does he not have enough money already pic.twitter.com/mS3tUgJ6HT

I can just not stop laughing that Matt Damon’s pitch for crypto is “Be like a brave explorer, invest your life savings in crypto.” This is the same pitch my buddy in 6th grade used to get me to dive from a railroad trestle into the river pic.twitter.com/pZpeSjEheE

At Spider-Man and before the previews we got Matt Damon in an ad for Crypto and my nephew yelled “whatever, Mark Wahlberg” and honestly I cannot imagine a better roast.

It is hilariously telling that the Matt Damon crypto ad depicts all these brave and world-changing events like scaling Everest, discovering continents, the first manned flight, and… kissing a girl.

There isn’t enough yuck in the world to describe Matt Damon advertising a Ponzi scheme.
pic.twitter.com/np28O8mlHB