Maxine Waters Tells Homeless To ‘Go Home’: Nobody Works ‘Any F**king Harder Than I Do’ [VIDEO] 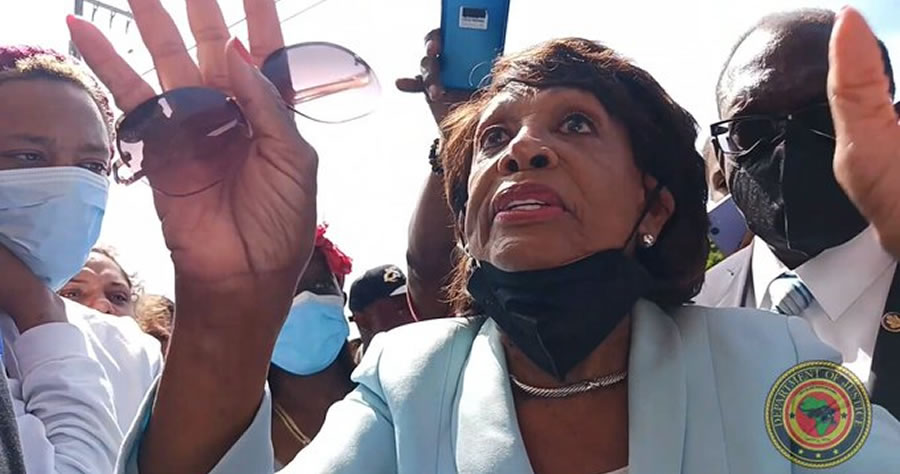 Democrat Rep. Maxine Waters reportedly tried to discourage a local journalist from reporting on a story about her remarks at a chaotic event when hundreds of homeless people in Los Angeles showed up to score Section 8 housing vouchers after responding to misleading information on social media.

Last week, after a nonprofit homeless advocacy group had planned the event to assist the homeless in obtaining emergency shelter, an “unofficial social media post” inaccurately said that whoever showed up would receive vouchers for permanent, subsidized housing. With the vouchers being very rare, the announcement generated a large turnout of people who became unruly after showing up.

The South Los Angeles office of Fathers and Mothers Who Care was overwhelmed by the miserable throng who, believing that they had a chance to get off the streets, had lined up since before daybreak only to have their hopes doused which resulted in confusion and anger for hundreds of Waters’ constituents.

100s of people were misinformed & lined up thinking housing vouchers were being handed out today. Congresswoman Maxine Waters noticed the crowd and stopped by to give them the real information about the emergency housing vouchers and help out. @RepMaxineWaters @MaxineWaters @ABC7 pic.twitter.com/LYEs5Fq8gO

According to a report by the Los Angeles Times, “heated arguments broke out among the hundreds of people who turned out for assistance” which “overwhelmed Los Angeles Homeless Services Authority workers” who were there at the behest of Waters who “delivered emotionally charged remarks to the crowd Friday, at one point using an expletive to defend her efforts to relieve the city’s housing and homelessness crisis.”

The “expletive” referred to the F-bomb dropped by the congresswoman who angrily reacted to the disappointed crowd after her stunningly out-of-touch remark for them to “go home” which prompted one homeless person to say “we don’t got no home” at the rattled octogenarian lawmaker who became defensive.

“Waters, who wore a powder blue pantsuit and had a black face mask pulled down below her chin, laughed and said, ‘Nothing is going to happen here today.’ Her remarks were captured in video of the event obtained by The Times,” the paper reported. “Less than half a minute later, the congresswoman responded to a question from the founder of Kingdom Warriors Foundation, a local housing advocacy nonprofit. Jabbing her finger into the air, Waters said, ‘Excuse me, there’s nobody in Washington who works for their people any f— harder than I do. I don’t want to hear this. No, no, no.’”

How foolish and out of touch can you be @RepMaxineWaters? Telling your homeless constituents to “go home” 🤣🤣🤣 #TermLimits

Maxine Waters is a horrible person, she shouldn't be allowed to hold any public office. Anyone remember how she incited riots? Now she tells homeless people to go home, anyone seen what her district looks like? Every democrat run city is a shit hole.

Rep Waters is not the problem

Want to see the problem? Look in a mirror: the people that keep voting in MWaters of the world are the problem.

Her election victory is 100% guaranteed, based on job performance? lol. No, based on the stupidity of her district's residents.