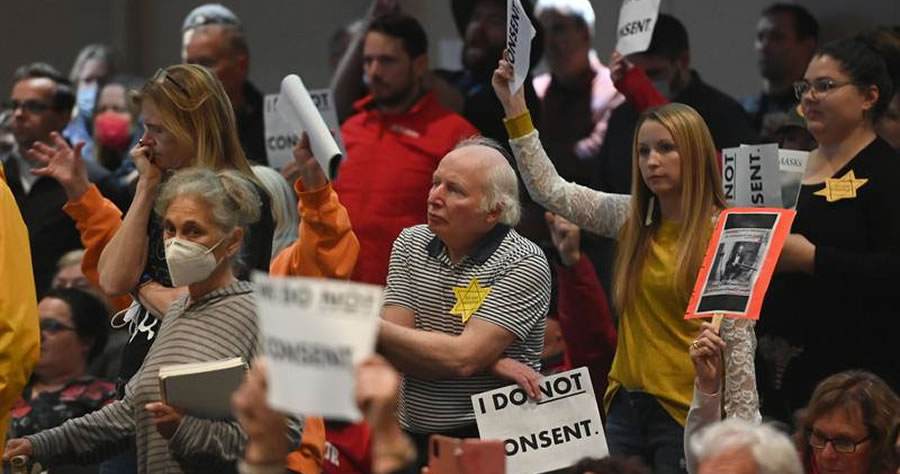 Opponents of a mask ordinance wore yellow Stars of David and shouted at Anchorage Assembly members, and four people were arrested during a second night of heated public testimony on a proposed mask ordinance for the city.

The testimony stretched until midnight and the Assembly did not vote on the ordinance. Another meeting is scheduled for Thursday.

As Alaska grapples with its worst COVID-19 surge yet, the ordinance would require masks in indoor public spaces and outdoors at large events.

Many spoke out against the proposal, which has drawn intense pushback from Mayor Dave Bronson, who has pledged not to enact any mandates to slow the spread of COVID-19. But many others urged the Assembly to move forward with a mask mandate.

Also during Wednesday’s meeting, Bronson defended the use of yellow Stars of David by people opposed to the mask ordinance.