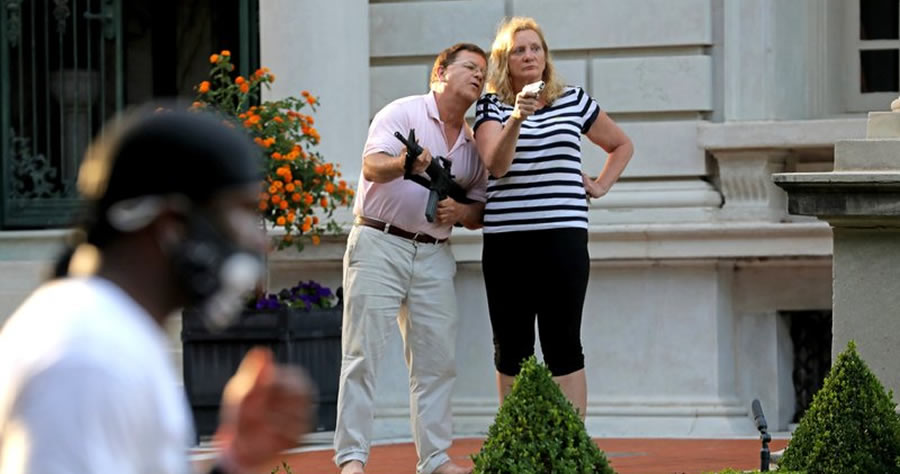 Mark and Patricia McCloskey pleaded guilty Thursday to misdemeanor charges and agreed to forfeit the specific guns that they brandished on their property, The Associated Press reported.

While the couple has to forfeit the guns used in the incident, they can continue to own firearms, according to the AP. A spokesperson for McCloskey’s senate campaign told the Daily Caller the state was supposedly adamant about the couple giving up their guns. The McCloskey’s asked to donate the weapons but were denied, the spokesman said.

Mark later tweeted and clarified he was not “surrendering” any of his other firearms and the “two weapons that were seized … were evidence in a criminal case,” and per state laws must be incinerated.

Let me be clear, I am not surrendering any of my other firearms! I will continue to be one of the strongest advocates for #2A in MO and around the country.

The two weapons that were seized from me were evidence in a criminal case. Per the state of MO they are to be incinerated.