Mccloskeys Show Up In Kenosha As Show Of Support For Rittenhouse, Sound Off On Media 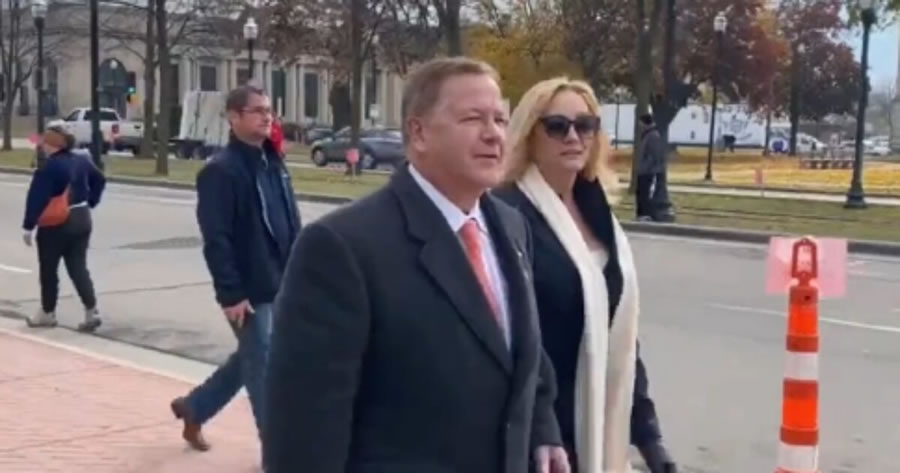 St. Louis-area lawyers Mark and Patricia McCloskey, who rose to national fame in 2020 after defending their property with firearms, traveled to Kenosha, Wis., on Monday ahead of an expected verdict this week in the murder trial of Kyle Rittenhouse.

Video clips posted to social media showed the McCloskeys arriving at the courthouse amid protests from demonstrators seeking a guilty verdict in the highly charged trial.

“I feel bad for anybody who gets destroyed in the press for doing no more than protecting themselves and their fellow citizens. There is a cancel culture in this country that destroys the ability to tell the truth, to be honestly portrayed in the press,” Mark McCloskey, who announced his candidacy for retiring U.S. Sen. Roy Blount’s (R-Mo.) seat in May, told reporters.

“That’s why we’re up here, to show that there is a right to defend yourself, there is truth, there is reality, and despite what the mainstream media says, despite what the president of the United States may say, the jury in this trial heard the facts, and we’re hoping that they find Kyle Rittenhouse innocent of all counts,” he continued.

Mark and Patricia McCloskey are here outside the Kenosha County Courthouse (they’re known for the firearm-bearing photo from the St. Louis protests last summer) #Kenosha pic.twitter.com/JTImrN9pOK