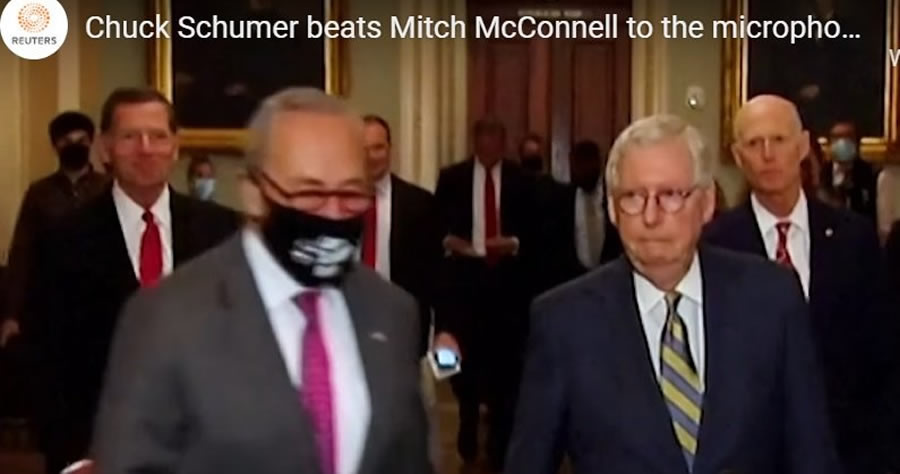 Not much was said in this video and yet it explains why our US Senate is such a mess. Nothing’s funny about this and yet all there laughed.

The US Senate is a mess. The ‘Republican’ Senators are closer to Democrats than they are to their base. The Republican base was behind President Trump and gave him the largest number of votes in US history for a Republican and a sitting US President. If not for the millions of ballots suspected of fraud, President Trump would have won in one of the biggest wins in US history.

But the Republican Senators want President Trump out and appear happy he is not there. The Democrats are thrilled they got away with the suspected fraudulent election steal. They don’t care about election laws and the people of the United States, they care about power.

So when Senator McConnell, who led the assault on President Trump after the election, was stopped by Democrat Schumer, everyone laughed.