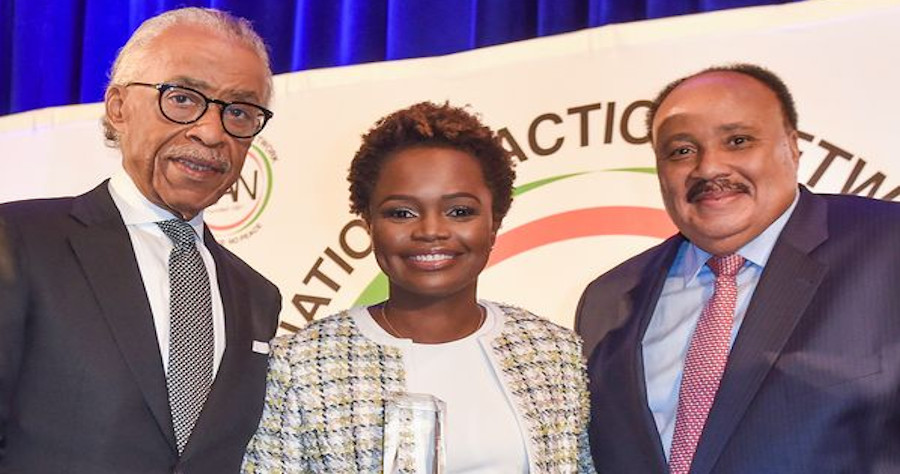 If I have heard it once, I have heard it a thousand times: Affirmative action hiring is demeaning to both the individual directly affected and to the entire community whom said individual supposedly represents. No matter, though, Joe Biden continues to demean people of all backgrounds everywhere.

The latest example of affirmative action hiring run amok is the all-too-predictable tapping of Karine Jean-Pierre as the replacement for outgoing Press Secretary Jen Psaki. Psaki can’t leave a minute too soon, what with her vile patronizing and oozing condensacion, but I have always warned against pushing her out. As with Kamala Harris taking over for Biden, things can always get worse. The press room is no different.

Jean-Pierre will soon have the Obama shield; any criticism against her is triply sexist, racist – and, wait for it – homophobic! That’s correct, the incoming Press Secretary is the first “out” LGBT member in this position. So many histories being made! First black woman, first gay black woman, first gay, first hyphenated surnamed (I’m assuming?), first curly haired (again, just guessing here).

Of course, out of everything not being a first is the cozy relationship this latest Biden official has with the corporate media. For those keeping score at home: Psaki was with Obama, went to CNN, came back for Biden, and is now leaving for MSNBC. Jean-Peirre has been on CNN herself, lives with a CNN employee, and now goes over to the White House. I am sure it’s all just another huge coincidence.

Breitbart wanted to know a little bit more about this new speaker, who, if I am judging by her looks and resume, is no doubt able to speak all of the approved lines with a disgusting ease. Black lives this, women’s rights that, economic justice whatever, you name it.

Below are part of what Breitbart included in its list of “Five Radical Facts” about Karine Jean-Pierre.

“3. Jean-Pierre once said that no one who has been merely accused of sexual misconduct should seek public office. Jean-Pierre told Jake Tapper on CNN’s State of the Union in 2017 that even if there was no corroborating evidence, and nothing had been proven against the accused, the mere existence of the accusation should be disqualifying. Ironically, she went on to work for Biden, even after he had been credibly accused of sexual misconduct by former aide Tara Reade…

“5. Jean-Pierre stoked racial divisions and fears when Donald Trump took office. She told Bill Maher on HBO’s Real Time, “I think the thing to understand is that, if you are not white, male, straight, you are — you fear a — Donald Trump’s presidency because there is no place for you in a Donald Trump’s presidency.” She later claimed that Trump wanted to put a “whites only” sign on the Statue of Liberty, and claimed Trump had been a lifelong racist, despite evidence to the contrary.”

I am sure this will all go exactly as planned by them – and as anticipated by us. Thank goodness for Peter Doocy. For the full list, be sure to go over to Breitbart.