Meet Ray Epps: The Fed-Protected Provocateur Who Appears To Have Led The Very First 1/6 Attack On The U.S. Capitol 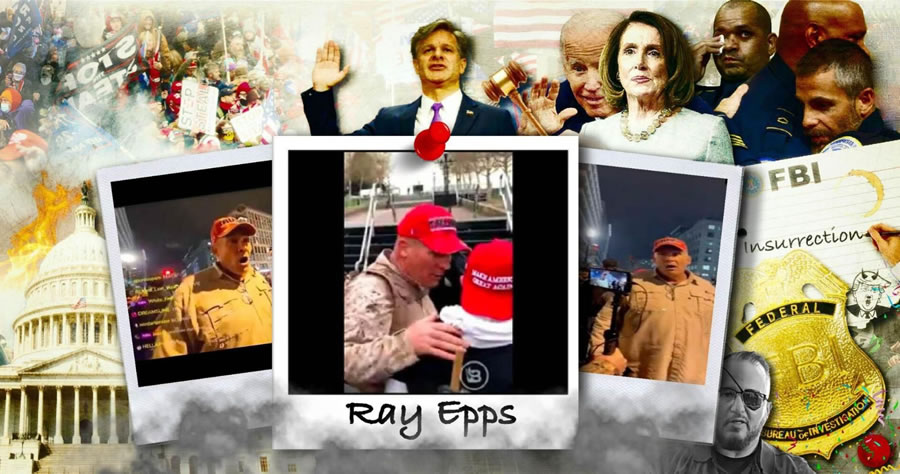 In a House hearing on Thursday, Rep. Thomas Massie (R-KY) questioned AG Merrick Garland about a mysterious man, Ray Epps, instructing protesters to enter the US Capitol building on January 5, and who later shepherded crowds towards the Capitol on January 6.

The story of the mystery man, Ray Epps, featured in Rep. Massie’s video above is in fact far more shocking than even the good Congressman implies in the hearing. It’s a story so strange, and so scandalous at every turn, that it threatens to shatter the entire official narrative of the “Capitol Breach” and expose yet another dimension of proactive federal involvement in the so-called “insurrection” of January 6th.

If Revolver News’s previous reporting points to a proactive role of the federal government in relation to the conspiracy cases against Oath Keepers and Proud Boys, the Ray Epps story that follows suggests a similar, yet more egregious, explicit, direct and immediate degree of federal involvement in the breach of the Capitol itself.

Here is a transcript of Thomas Massie’s exchange with the Attorney General, just in case you skipped past the video above.