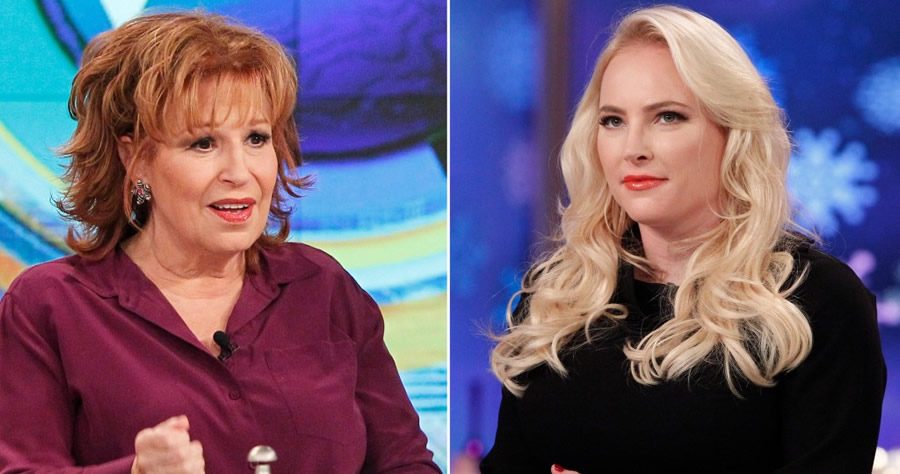 Meghan McCain and Joy Behar weren’t feeling the love for each other this Valentine’s Day.

The former “The View” co-host went to war with the current host on Twitter on Monday after McCain, 37, posted a tribute to her husband Ben Domenech for the special day of love.

The post featured a snap of the couple together with McCain writing, “Happy Valentines Day @bdomenech – I love you and am grateful every day for the life we have together.”

A user then replied to the conservative talk show host and tweeted, “Does every thought and sentiment need to be on Twitter?”

To which Behar, 79, responded in a now-deleted tweet, saying: “Apparently.”

A short while later, McCain posted screenshots of the thread and wrote, “Imagine spending your Valentine’s Day trolling your ex-colleague’s tweet about her husband.”

McCain wrote in another since-deleted tweet that leaving “The View” is “like having ex’s who won’t stop drunk texting you.”

The mother of one left the ABC talk show last July and revealed at the time that she wanted to leave so she could set up a house in Washington DC with her husband and daughter Liberty.

In October, McCain claimed in her audio memoir, “Bad Republican,” that she felt like her colleagues, including current cohosts Whoopi Goldberg and Behar, had bashed her for having conservative views while she was suffering from postpartum anxiety.

It’s pathetic and it creeps me out. https://t.co/5DTz6GA6qA