Meghan McCain Takes On The View’s ‘insurrection’ Obsessed Co-hosts: What about the crisis happening NOW? [VIDEO] 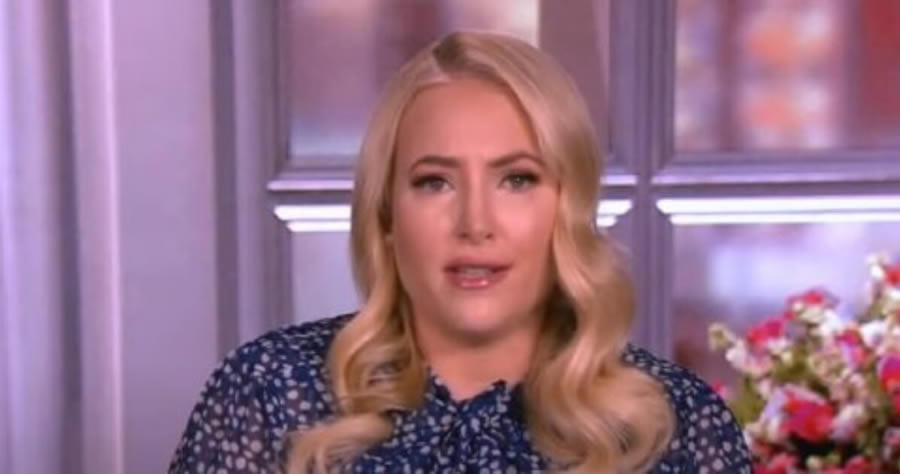 Co-host Meghan McCain took exception on Thursday’s segment of “The View” when the panel started rehashing the Jan. 6 Capitol riot. She was far more interested in discussing gas shortages and what is happening in the Biden administration currently.

Co-hosts Joy Behar and Sara Haines once again took turns bashing Republican lawmakers in what they see as a rewriting of history concerning the riot during a House hearing on Wednesday. They tore into Georgia Republican representatives Jody Hice and Andrew Clyde for their comments. Clyde bluntly stated: “There was no insurrection, and calling it an insurrection, in my opinion, is a bald-faced lie.”

Whoopi Goldberg feigned shock, exclaiming: “What was he smoking?!” And then let the panel take over.

HEARING ON RIOT EXPOSES PARTISAN DIVISIONS: The co-hosts react to the differing views between Republicans and Democrats during a hearing on the deadly Jan. 6 insurrection at the Capitol and question if some GOP lawmakers are rationalizing the riot. https://t.co/ecY4yJWw2Z pic.twitter.com/eDG2ZSLxkt

When Whoopi Goldberg turned to McCain for her opinion, she had a decisively different take on the matter.

“Well this happened four months ago, and we’ve been talking about it for four months, and I’ve made my perspective on this absolutely crystal clear, I think it’s horrific, I don’t believe the big lie, we’ve talked about Liz Cheney at length,” McCain replied.

“But when Joy says friends of hers are frightened, friends of mine are frightened as well,” she remarked. “I had to have a conversation with my executive producer yesterday about whether or not I’m going to be able to find gas in my car because the lines at gas stations near where I live are down the street, or there’s just no gas whatsoever.”

“I am privileged, I work at a company that’s going to figure out a way for me to get to work, what about the average American?” McCain added. Then she claimed that the media was attempting to not focus “on anything the Biden administration is doing right now that is leading this country into crisis.”

“You know what’s also a strategy, Sara? A strategy is not focusing on anything the Biden administration is doing right now that is leading this country into crisis,” McCain noted. “There’s a crisis at the border, inflation rates are sky-high, the Middle East is on fire, unemployment is crazy, and a lot of Americans can’t figure out how they’re gonna get gas in their car. These are real problems. It’s like the ’70s all over again. So I think there’s a strategy going on that the media doesn’t want to focus on anything bad happening in the Biden administration, and I implore everyone who works in this industry. Just because Trump was so bad doesn’t mean this is good,” she declared.

She ended off by stating: “There are real meat and potatoes issues impacting average Americans who are also frightened, and I think we should be focusing on that versus relating something that happened four months ago.”