Meltdown At ‘The View’ Over Abortion Ruling [VIDEO] 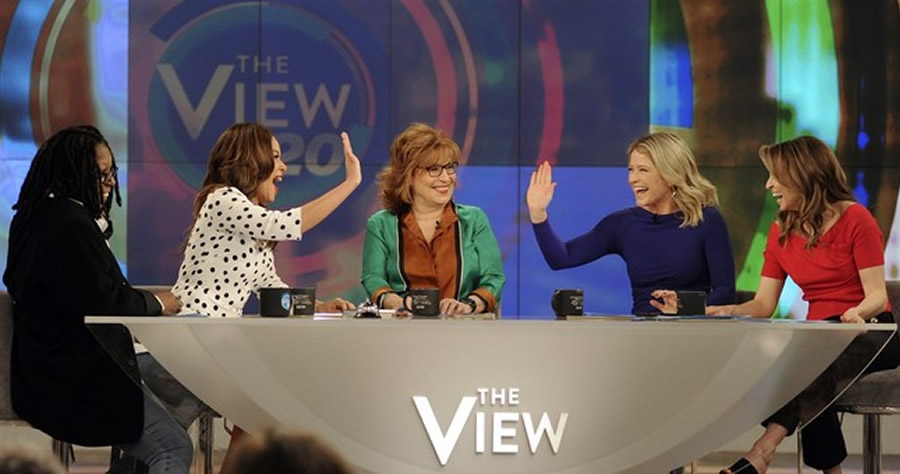 The View’s response to the leaked draft of a Supreme Court decision that overturns Roe v. Wade was just as unhinged as one might expect. In addition to Joy Behar claiming “fascism is down the line” for America, Whoopi Goldberg raged out and bizarrely claimed that the person deciding on the abortion was the woman, the doctor, AND the child that would be killed by the procedure.

Things were spicy from the get-go as the open tease of the show warned: “the pillars of American justice are shaking.” The announcer wondered if this was “the end of Abortion rights” and “how will this impact reproductive rights?” It also played a soundbite of Massachusetts Congressman Jim McGovern (D) claiming the conservative justices “want to turn this country into the Handmaid’s Tale.”

Leading the cast, Goldberg began by trying to calm the fears of their liberal viewers. “This was a draft that they put together sometime earlier in the year,” she said. “This is not the law. And I want to make sure everybody knows that your rights are still in place.”

But Goldberg’s demeanor would drastically shift by the end of their second segment on the draft ruling. By that time, she was yelling and morbidly claiming the child also chooses abortion. “You are not the person to make that decision! My doctor, and myself, and my child, that’s who makes the decision,” she exclaimed with a sneer.

And despite the fact The View is staunchly for mask and vaccine mandates, Goldberg invoked opposition to those protocols. “No, it is not the first time, but I will tell you this is my body and nobody, you know, you got people telling me that I’ve to wear a mask or don’t wear a mask or do this,” she wigged out.

Whoopi Goldberg says that the decision to have an abortion is between “my doctor, and myself, and my child.”

I can assure you that the unborn child really does not get to have much of a say on whether they are aborted or not. pic.twitter.com/FXR5fOa40s

Whoopi Goldberg on The View:

"You got people telling me I gotta wear a mask, or don't wear a mask, or do this. Everybody wants to tell me what to do…My doctor, and myself, and my child. That's who makes the decision." pic.twitter.com/2aVsRYaeNf

JOY BEHAR: "My worry is that this is just the beginning. Next they will go after gay marriage, and maybe Brown versus Board of Education. They already eroded our voting rights, a little bit. So I see fascism down the line here." pic.twitter.com/wKzufpvgfz