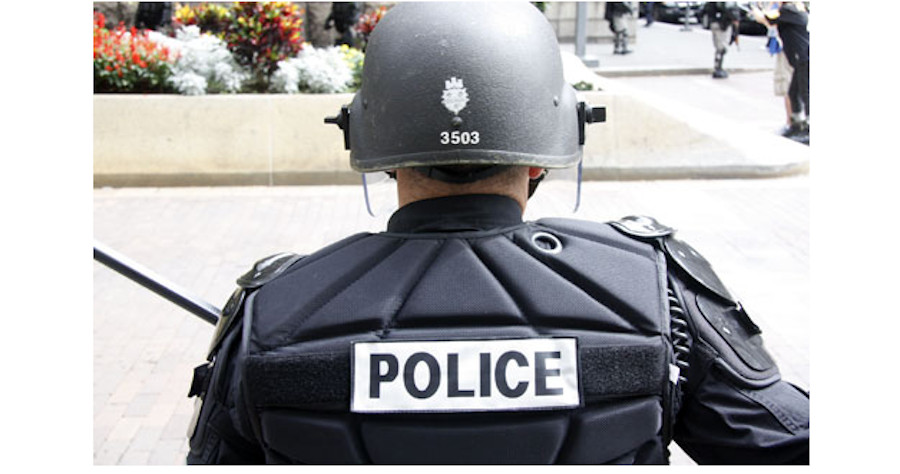 The murderous criminally insane thug who recently murdered nineteen innocent and tender young children and two teachers in Uvalde, Texas is primarily to blame for this entire abhorrent and horrific tragedy, however, the recent information revealed by Steven McCraw, the Director of the Texas Department of Public Safety, on May 27th, 2022, in a press conference in Uvalde suggests that many of these little treasures, these little angels, need not have died at the hands of this monster, except for the parade of feckless and incompetent cowards who did nothing of substance for one hour and fifteen minutes to faithfully carry out their oaths to defend and protect the citizens of this small community.

So many mistakes and critical errors enabled this monster to carry out his evil and deadly mission with too much success, from a teacher leaving a backdoor, cracked open sometime prior to the shooter’s arrival to the School Resource Officer being away from his post. However, the most egregious error was the decision by Police Chief Arredondo, the on-site incident commander, to treat the situation as a barricade scenario rather than the ongoing active shooter incident it still was, as children kept calling 911 from inside Rooms 111 and 112 up to an hour and fifteen minutes after the shooter had entered the school, saying “Please send police now.”

Salvador Ramos, the “troubled” young man, wrecked his truck in front of the school around 11:28 a.m. (CST) by all accounts after first shooting his grandmother in the face (she’s stable for now), and he fired numerous rounds between the crash site and the school, where he entered at 11:33 a.m. and proceeded to fire a hundred plus rounds into all the little children around him, firing approximately 142 rounds from the beginning of his malevolent mission to its bloody end.

Incredibly, three police officers were there by 11:35 and engaged Ramos, only to retreat to cover after two were grazed by bullets. There’s no shame in retreating and regrouping, but there is a mountain of shame to be borne by these so-called police officers for the Coward’s Game they played by sitting back, calling for back-up for one lone gunman, and waiting for tactical officers to arrive.

As Director McCraw detailed, nineteen officers had amassed themselves outside those rooms by 11:53 AM but received orders to wait. It was another agonizing, painful twenty-eight minutes longer for parents to endure before the Border Patrol Tactical Team even began to arrive, and incomprehensibly, they didn’t breach the doors until a half-hour later. These amounted to unnecessary delays that probably contributed in some significant manner to the final body count being higher than it should have been.

In speaking to Wolf Blitzer on The Situation Room the day after the shooting, Lieutenant Chris Olivarez, of the Texas Department of Public Safety, told Blitzer that officers had been cautious because “they could have been shot.”

A room full of adults being murdered by a mad gunman would be terrified. Just imagine the terror and trauma these tiny children, ranging in ages from seven to ten years old, certainly must have experienced between the time this murder spree started and they either died or somehow managed to survive it all, knowing that many of their friends had suffered unimaginable pain and agony in their deaths.

The “regular” police stood around outside for over an hour, fretting and wringing their hands, tasing and handcuffing parents who were naturally beside themselves with horror and anguish, as they begged the police to act. Plenty of video evidence proves this to be the truth of the matter.

One man can be heard angrily exclaiming:

“These cops are right here. Bro, there’s a fucking shooting at the school and these fucking cops are telling everybody to leave, dude, while everybody’s here trying to pick up their fucking kids. They’re just all fucking parking outside, man — they need to go in there.”

And still they waited __ and waited __ and waited some more for the tactical team, like every minute, every second was precious to those trapped inside Rooms 111 and 112 with Ramos, as one little girl actually smeared her friend’s blood on her and played dead so she would stand a chance at surviving the ordeal.

It’s unfathomable to me, simply because as a former soldier, I know that despite all the hoopla around U.S. Special Forces and airborne infantry units, that a fine, outstanding regular ground-pounding infantryman is often just as proficient in tactics and ability with arms, as his Special Forces counterpart, especially if he has already been baptized by fire in combat. And by that same token, any police officer worth his weight in salt should have been able to handle this situation equally as well as any SWAT or Border Tactical team member.

“When it comes to an active shooter, you don’t have to wait on tactical gear [or a tactical team], plain and simple. … There was plenty of officers [at the scene] to do what needed to be done.”

Ironically, one off duty Customs and Border Protection Agent, Jacob Albarado, rushed from a local barbershop with the barber’s shotgun, arriving just as the tactical squad was preparing to mount its assault on Ramos, and he did manage to evacuate his own eight-year-old daughter and dozens of other students, coordinating with two other officers to effect the rescue. Likewise, one mother, Angeli Rose Gomez, circumvented the police and jumped the fence to enter the school and rescue her own two children.

If a regular patrol officer cannot handle something like this with one or two or three others, without having to wait on SWAT or some other agency’s tactical team, they haven’t been properly and fully trained as police officers, not really they haven’t. More than this, if they can sit outside with a clear conscience, as a monster is in the middle of committing mass murder, they are the worse sort of damned cowards one may find, and they should be immediately dismissed from the force.

Every manjack among us who has ever worked a dangerous job, such as firefighter, policeman, and soldier, took the position full well knowing that at some point in one’s career, one’s life may be put on the line to save one’s self and others. We full well understood that our jobs called for rising above the standards of the average citizen and being able to rise to meet whatever deadly challenge presented itself, to improvise and overcome the threat through decisive and courageous actions, however difficult it might be to dig down so deep on any particular day so that everybody would return home alive when duty called.

So, what if a couple of officers were scored a tiny bit by a hot bullet traveling at 3200 feet per second in their initial encounter with Ramos? The fact that they were able to crab-crawl or scramble back to cover and await further orders without having to be hospitalized shows they could have done more.

The fact that they didn’t is a sad statement against police training. They allowed one untrained criminally insane teen thug to essentially neutralize them — nineteen police officers standing in the hallway outside that room already awash in the blood of those precious little ones.

Yes, police officers are asked to do a damn tough job every day, but when little innocent children’s lives are at stake and many are already dead or wounded and bleeding out, you don’t stand around with your head stuck up your ass waiting for someone to tell you what to do. You rush to save the innocent, whether it places your life in jeopardy or not; that’s what you were hired to do, and supposedly trained to do.

Those officers had a duty to those poor, unfortunate Little Angels, those second, third, and fourth-graders, to regroup and mount a fresh attack, over and over again, until they succeeded in neutralizing or killing Ramos while trying to stay alive in the process. But even if they were to lose their lives in the ensuing firefight, they had an obligation to those tiny hearts and the community and those who loved them to try, and try again and try some more, right up to the end.

I’ve never been a police officer. But you can bet your ass against a stale donut that whether I was a police officer or a simple civilian and one of my children were in one of those classrooms, while the police were playing The Coward’s Game, I wouldn’t have been asking or waiting for permission to breach the perimeter to enter the school myself; and I’d have done my dead level best to kill Ramos or die trying, pure and simple, no damned brag just fact, from someone who has already seen his share of firefights and hand-to-hand combat situations throughout his years.