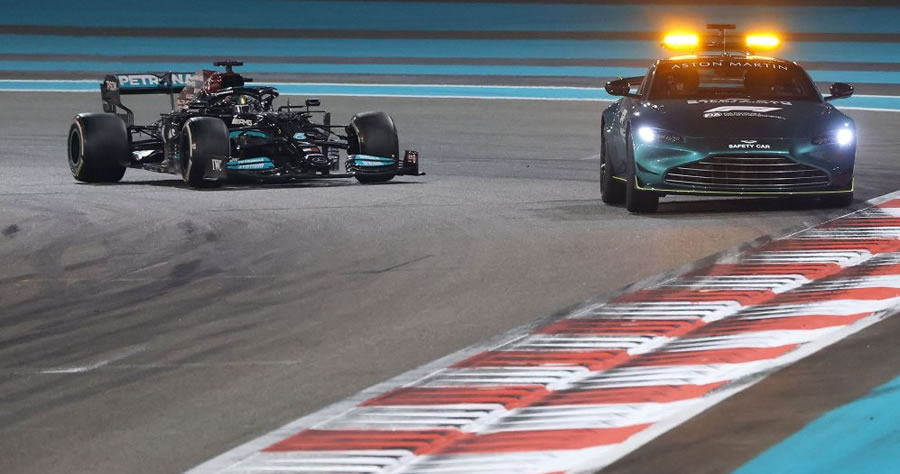 Mercedes have announced that they won’t be pursuing an appeal over the race stewards’ dismissal of their protest at the Abu Dhabi Grand Prix last Sunday, which saw Red Bull driver Max Verstappen crowned champion.

In the aftermath of the race at Yas Marina, Mercedes lodged two protests against the outcome of the race – which Lewis Hamilton led the majority of, before Verstappen passed him on the final lap, having changed tyres under the Safety Car.

Those protests related first to Verstappen allegedly passing Hamilton under the Safety Car, and second to the decision to allow five lapped cars to unlap themselves behind the Safety Car immediately before racing resumed for the final lap of the race.

On Sunday evening, the stewards dismissed Mercedes’ protests, with the team announcing in the aftermath that they had lodged a notice of intention to appeal the decision – giving Mercedes 96 hours to weigh up whether or not to lodge their grounds for appeal.

However, on Thursday morning, the team announced they wouldn’t be pursuing the matter further, following an announcement from the FIA that an investigation would be carried out into the events surrounding the Abu Dhabi Grand Prix.

“We hereby withdraw our appeal,” ran a statement from the team. “Together with Lewis, we have deliberated carefully over how to respond to the events at the Formula 1 season finale.

“We appealed in the interest of sporting fairness, and we have since been in a constructive dialogue with the FIA and Formula 1 to create clarity for the future, so that all competitors know the rules under which they are racing, and how they will be enforced.

“Thus, we welcome the decision by the FIA to install a commission to thoroughly analyse what happened in Abu Dhabi and to improve the robustness of rules, governance and decision making in Formula 1. We also welcome that they have invited the teams and drivers to take part.”

Mercedes also offered congratulations to Verstappen and Red Bull in their statement, writing: “We would like to express our sincere respect for your achievements this season. You made this Formula 1 Championship title fight truly epic. Max, we congratulate you and your entire team. We look forward to taking the fight to you on the track next season.”