Mets’ Chris Bassitt sounds off on MLB balls after another hit batter: ‘They don’t care’ 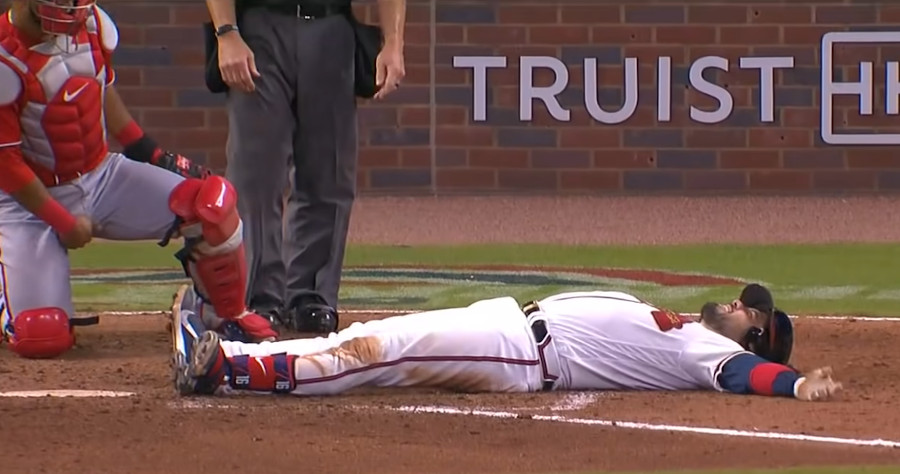 No MLB team has had more batters hit by pitches this season than the Mets. In 19 games, a staggering 18 players have been hit. That trend was brought to the forefront Tuesday night, when three Mets were plunked in a 3-0 win over the Cardinals.

After the game, Mets pitcher Chris Bassitt had harsh words for MLB leadership, blaming the balls themselves for pitchers’ erraticness.

Starling Marte and Pete Alonso have been hit four times apiece for New York. The former was beaned in the top of the ninth inning Wednesday with the bases loaded to make the score 3-0.

“It’s uncomfortable,” Marte said through an interpreter, per The Athletic. “It’s one of those things, whether it’s intentional or not, it has to stop.”

With regard to the balls themselves, MLB seems to be struggling to find a sweet spot since cracking down on “sticky stuff” for pitchers in mid-2021.

As The Athletic reported Monday, MLB used two types of balls in 2021. One set was from the reduced 2020 season, while the second was newly produced. That second set, which is reportedly “deader” than the first (they’re supposed to reduce the distance traveled by two feet), is the only one in rotation in 2022.

Furthermore, MLB has instituted humidors in every ballpark in 2022, rather than the 10 that had them in 2021. This means the balls are being stored under the same conditions, balancing out both drier parks (such as Coors Field in Colorado and Chase Field in Arizona) and damper ones (Petco Park in San Diego and Oracle Park in San Francisco).

MLB home rate is down

The numbers do back up the conceit that the balls are deadened. 2022’s home run rate shows a slightly — but not overwhelmingly — lower figure. Here’s a look at how the home rate has panned out in March and April in past years.

All of this is exacerbated by the human element of players coming off a short spring and cold-weather parks staying cold. The Tigers and Twins played in mid-30-degree weather Tuesday, and colder conditions are not friendly to MLB batters.

While a factor, however, weather isn’t the end-all-be-all. Rather, it’s a contributor to a perfect storm that’s causing a depression in hitting this year.

This raises the question: Are these deadened balls helping or hurting pitchers? Bassitt’s claim is clearly that they’re hindering them, but the league batting average of .233 is just one point higher than 2021, and the same as 2020. That’s a precipitous drop-off from the league batting average to start the season since 2000, which started at .270 and dropped to around .245. This may also correlate with the advent of the four-man outfield shift in 2019, but we won’t truly know what affect the shift has had on modern hitters’ approaches until it’s outlawed in 2023.

While it was clear that bounciness would be reduced in the new balls, perhaps frustrating batters, it seems like pitchers are just as unhappy with the new balls. The numbers, however, don’t seem to back up the idea players are being hit at a ridiculous rate — things just seem to be weirdly concentrated on the Mets. There have been 218 batters hit this season, which extrapolated will end up around 250 for April. That would be the lowest number of batters hit in that period since 2017, when 237 batters were hit in March and April combined. Even accounting for the delayed start to the season because of the owners’ lockout, it would be around 308 batters hit had games started March 31 as originally planned. Even that number would be well below the early-season totals for 2021 (373), 2019 (368) and 2018 (354).

If the hit batsmen rate is down and batting average is down, the issue must lie in walks. MLB is at 3.31 walks per game to this point in the season. While that’s slightly up from 3.28 last season, it’s down from 3.5 in 2019 and 2018. Which is to say, pitchers aren’t walking batters at an alarming rate either.

Bassitt is correct to feel that balls are having an effect on the game. But it’s not in the way he seems to think. Even hard-hit percentage and exit velocity haven’t seen a significant uptick since MLB cracked down on sticky stuff in 2021.

Perhaps the issue is that MLB is hearing it from the wrong people. Batters seem to be having more issues than pitchers right now. While only Bassitt knows what he’s feeling on the mound, the numbers don’t support his assertions. And if MLB ends up making a change, Bassitt might not like the result.