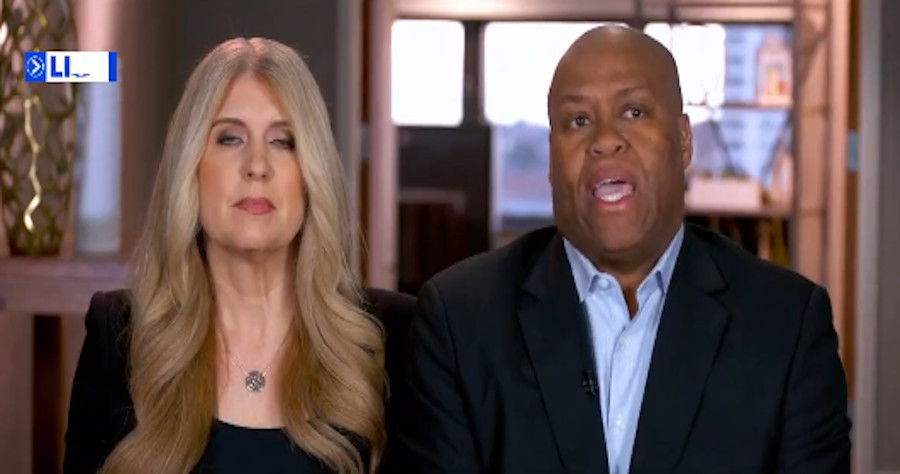 Before the 2008 election, where her husband Barry Soetoro, aka Barack Obama, became the first black president, she famously told a crowd in Milwaukee, “For the first time in my adult lifetime, I am really proud of my country.”

For eight long years, America listened to Michelle Obama, an Ivy League-educated lawyer drone on about the inequities she was forced to suffer at the hands of white people.

And then, finally, after eight years of living in the White House, Michelle admitted to the media how hard it was to live in a house she knew was built entirely by slaves (this tall tale, like many others, of course, is not true and was reluctantly fact-checked by leftist “fact-checkers”).

It was difficult for Michelle to have her mother living rent-free in the White House for eight years.

It was difficult for Michelle to take friends and family around the world on multiple taxpayer-funded trips.

To Spain with a large group of friends. And to Africa with her mom, kids, brother, nephews, and nieces: It was difficult for Michelle to have designers, Hollywood celebrities like racist Jada Pinkett Smith (left of Michelle), and fashion magazines fawning over her while spending more on personal assistants to make her look good than any other First Lady in American history. Yes, it was a difficult time for Michelle, but to her credit, she sucked it up and dealt with “racist America” for the good of her community organizer husband.

Apparently, the apple doesn’t fall far from the tree…

Michelle Obama’s sister-in-law Kelly and brother Craig Robinson, who once said he felt sorry for anyone who married his sister, are suing the University School of Milwaukee, a private $24,000 per year school where their 9 and 11-yr-old boys attend, over “racial bias” during online learning.

The couple alleges that administrators expelled their two sons after they complained of racist bias during virtual lessons.

Craig and Kelly Robinson filed a lawsuit against the pricey Pre-K-12 school this week after alleging that the private school used words like ‘plantation’ inappropriately during lessons. They also claim that teachers were inconsiderate to a wide variety of socio-economic backgrounds. The complaint alleges that the school retaliated against their family – whose kids are aged nine and 11 – after they submitted reports in January and March 2021 about concerns they had about racial and socio-economic bias they reportedly overheard during virtual learning last year.

According to a termination letter the school sent to the Robinsons, the reasoning for their sons’ dismissal was because the Robinsons had ‘not fulfilled the foregoing commitments as a partner to USM and its Middle School teachers and administrators.’

But in an interview with ‘Good Morning America’ Tuesday, the Robinsons discuss the lawsuit in which they claim the dismissal was retaliation to the conversations they had previously had with the school about racial bias in virtual school assignments.

“We heard what was going on in the classroom because of COVID,’ Craig Robinson told GMA Tuesday. ‘There were repeated use of racial and ethnic stereotypes that were in actual assignments. The use of the word plantation, and things of that nature.”

“In addition…there was an insensitivity to socio-economic status as well as a disregard for the children who weren’t physically in the classroom.” Robinson, whose sister has taken on Hollywood-like celebrity status, began the interview by treating the GMA host like an old friend, congratulating her on her 20 years with GMA.

Although Craig Robinson’s argument has nothing whatsoever to do with the massive protests by parents across America fighting back against CRT and the teaching of inappropriate sexual material to young students that began with parents overhearing online classes taught to their children, he falsely attempts to tie them together.

“We heard what was going on because of COVID. There were repeated use of racial and ethnic use of stereotypes that were in actual assignments…”

Craig Robinson talks about his and his wife’s lawsuit against children’s former school. https://t.co/jFKtpRGqkD pic.twitter.com/dr8clDSO6U

We’re not quite sure how the word “plantation” offended Michelle’s brother and wife so deeply that it caused them to file a lawsuit against the school when they dismissed their sons, but I’m sure the mainstream media will fairly cover this story with absolutely no bias or agenda as it develops. We’re still waiting for Al Sharpton’s female counterpart, Michelle Obama to comment…