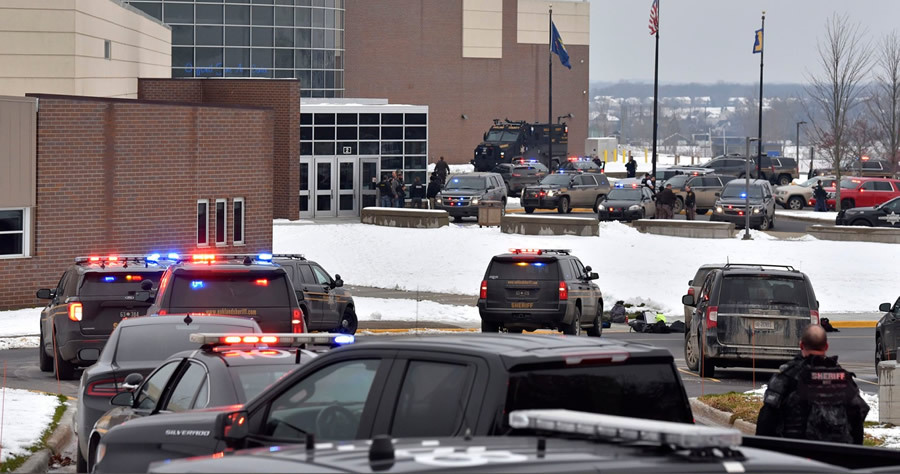 The Michigan school shooting suspect has been identified as 15-year-old sophomore Ethan Crumbley.

The teen is accused of killing four students and injuring seven others when he allegedly opened fire at his Oxford High School, north of Detroit, on Tuesday.

Crumbley had posted photos of the gun, and him firing it, in the lead-up to the school shooting, the sheriff added.

Investigators said they are still trying to determine a motive for the deadly shooting because the suspect isn’t speaking to them. However, some classmates have said Crumbley was bullied, according to the Detroit Free Press.

Investigators say Crumbley’s parents, James and Jennifer, advised their son not to speak to authorities following his arrest. Police must get permission from a juvenile’s parents or guardian in order to speak with them, Undersheriff Mike McCabe said.

Meanwhile, investigators are doing a “deep dive” on Crumbley’s social media accounts to try to determine a motive or see if there were any red flags.