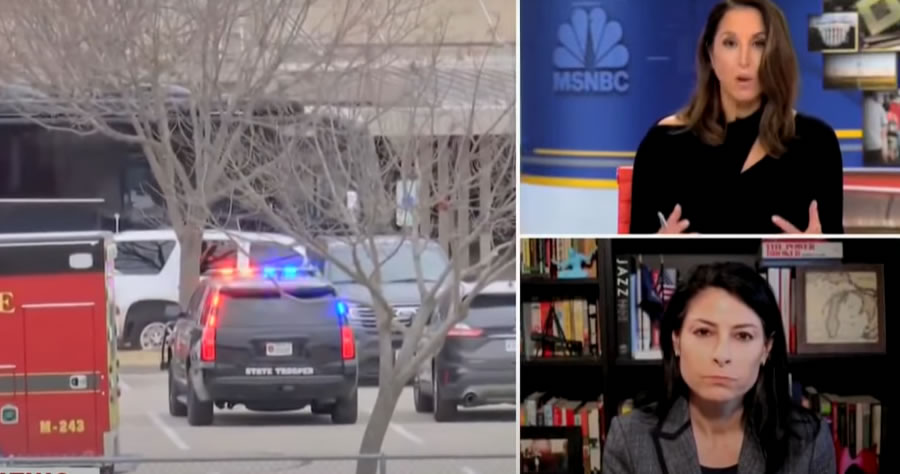 As the hostage situation at a Texas synagogue developed on Saturday, Michigan’s attorney general, Democrat Dana Nessel, raised the possibility that white supremacists were behind the attack.

Appearing on MSNBC on Saturday afternoon, about an hour after it had been reported that the attacker was demanding the release of imprisoned terrorist Aafia Siddiqui, Nessel said her “biggest concern” was that the attack was a “hate crime” or “domestic terrorism,” pointing to “white supremacy organizations.”

“We have seen an incredible rise in rhetoric that is anti-Semitic being trafficked all around the country,” Nessel said, noting “an exponential rise in the formation and the membership of these extremist organizations, many of which are white supremacy organizations, and they traffic in hatred against Jews and other minorities.”

“If it does turn out that is the motivating factor here, it would hardly be a surprise,” Nessel said.

More than an hour before Nessel’s appearance, ABC News reporter Aaron Katersky reported that the hostage-taker was demanding the release of Siddiqui, who is known as “Lady al Qaeda” and is serving an 86-year sentence in a Texas federal prison for trying to kill American soldiers. The effort to secure her freedom through violence is not a surprise—Muslim terrorists associated with ISIS and al Qaeda have been working to free Siddiqui for years, and Muslim groups in the United States such as the Council on American Islamic Relations have long advocated for her release.