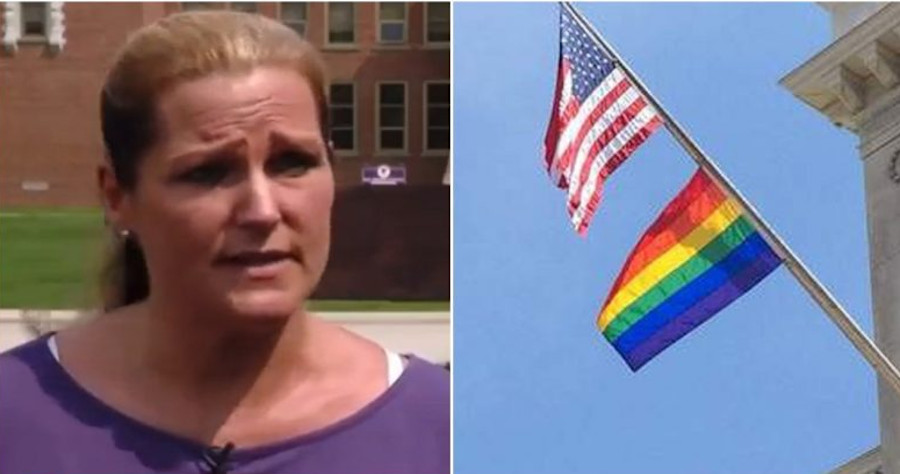 A Wisconsin school district filed a Title IX complaint against three middle school students, who are now being investigated for sexual assault because they used the wrong pronouns when addressing another student in the classroom.

“I received a phone call from the principal over at the elementary school, forewarning me; letting me know that I was going to be receiving an email with sexual harassment allegations against my son,” Rosemary Rabidoux, a parent of one of the children being accused, said to Fox 11.

When Rabidoux learned exactly what her son Braden was being accused of, she was even more shocked by the situation.

“(The investigating principal) said he’s being allegedly charged with sexual harassment for not using proper pronouns,” said Rabidoux. “I thought it wasn’t real! I thought this has got to be a gag, a joke — one has nothing to do with the other.”

The Wisconsin Institute for Law & Liberty is representing the parents as they push back against institutional insanity coming from predatory far-left LGBT administrators in schools.

“The mere use of biologically correct pronouns not only does not constitute sexual harassment under Title IX or the District’s own policy, it is also speech protected by the First Amendment,” the letter addressed on May 12 stated to the school superintendent, principal and counselor.

“The District has also violated Title IX procedures and its own policy in its handling of the complaint. The District should promptly end the investigation, dismiss the complaints, and remove them from each of the boys’ records,” the letter claimed.

This is unreal. A Wisconsin school district filed a Title IX complaint against 3 middle school students, accusing them of sexual harassment for using incorrect pronouns when addressing another student. pic.twitter.com/GEEjXoEnxW

Big League Politics has reported on how school teachers and administrators across the country are pushing LGBT as the new official dogma that is unquestionable in the classroom:

Garden State Equality (GSE) is an LGBT advocacy group devoted to spreading its vision of “justice” based on an LGBT perspective throughout society.

Hanna details what GSE has in store for public schools:

“Consistent with its vision, GSE’s self-described “LGBT-inclusive” curriculum spans all subjects — math, English, social studies, health, science, visual and performing arts, and world languages — beginning in fifth grade. Having New Jersey’s 1.4 million public school students see the world through a LGBT lens is the goal in every class and, thus, now the goal of public education. This is well in excess of the curriculum law’s vague requirements.”

This law gives groups like GSE tools to see its vision through by having gender and sexual ideology seep through the curriculum. GSA views its curriculum “as a model that we can bring to every other state in the nation.”

Naturally, this measure has been met with resistance from grassroots parent coalitions throughout New Jersey who are concerned about LGBT propaganda entering public school curriculum. Given how deeply blue the state is, these efforts may prove to be futile.”

The LGBT agenda has unleashed Hades upon the children. These predatory monsters are after the souls of the youth and must be stopped no matter what the cost.