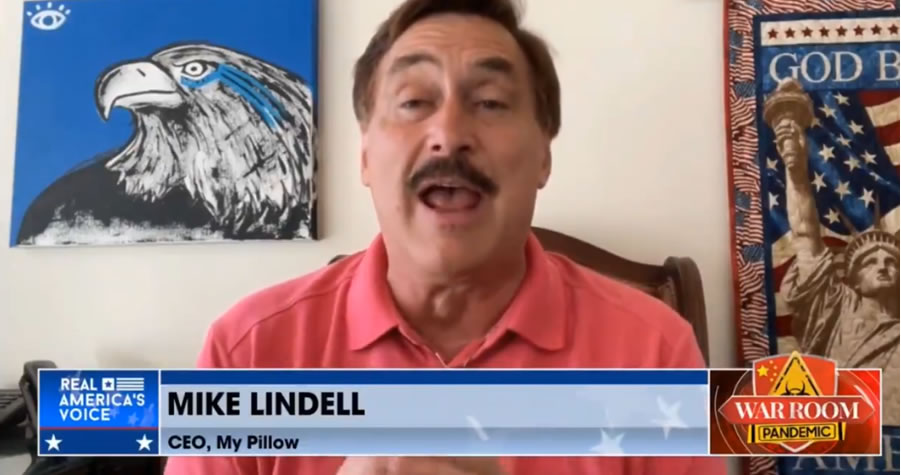 Mike Lindell has announced a date for Donald Trump’s proposed reinstatement as president in August.

“The morning of August 13, it will be the talk of the world, going, ‘Hurry up! Let’s get this election pulled down,” the MyPillow CEO told Brannon Howse of Worldview Weekend Broadcast Network. “Let’s right the right. Let’s get these communists out, you know that have taken over.”

Lindell has focused much of his efforts since the electoral votes were counted in Joe Biden’s favor on proffering a theory that Trump could be reinstated as president.

Mike Lindell says by August 13, the talk of the world will be to overturn the election and get the communists out. He also said there will be many down ticket senators that will have different election results. pic.twitter.com/clYG1kMTgx

“You’ll see when I say that, and they’ll say what’s going to happen to all the people that were involved. I don’t know, right now the biggest concern is getting this election pulled on,” Lindell added. “Donald Trump won. It’s pretty simple, ok?”

It may just be “hopium” as there is no precedent to unseat a sitting president due to election results. But it’s easy to hope for something better as crime and inflation have reached staggering new highs and, at the same time, liberty and freedom on the decline. And to add even more misery to the alarming trends, the paradigm shift is happening in a country supposedly run by a person who appears to be experiencing severe cognitive decline.

Mike Lindell declares that as a result of voter fraud lawsuit he'll soon be filing, "Donald Trump will be back in office in August." pic.twitter.com/5Ewtd9SZ1O