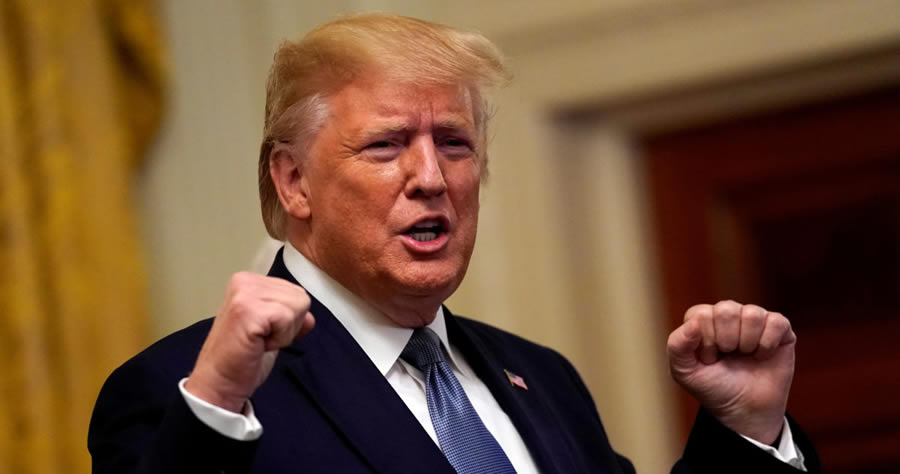 Former Vice President Mike Pence said Monday he “will not allow the Democrats” to use Jan. 6 to “distract attention from their failed agenda” and praised former President Trump’s record, while indicating, though, that his decision on whether to run for the White House in 2024 will not be impacted by Trump’s own re-election plans.

During a sit-down interview with Fox News Digital on the sidelines of a speech on economic policy at the University Club in Chicago, Pence reflected on the current state of the nation under the Biden administration, telling Fox News that President Biden is “embracing the politics of the radical left.”

“At a time when we have inflation at a 40-year-high, gasoline prices more than doubled since we left office, a crisis at our southern border, war in Eastern Europe, a disastrous withdrawal from Afghanistan, maybe this just comes from living back in Indiana again, but, those are the things I’m focused on, and frankly, those are the things people talk to me about everywhere,” Pence said. “The issues that are bearing upon the American people are, as is often the case, not what Washington is focused on.”

Lawmakers on the House committee on Jan. 6 are investigating the attack on the Capitol on Jan. 6, 2021, and allege that Trump’s insistence that the 2020 election was stolen stoked the violence as Congress convened to certify the Electoral College votes. The committee is holding a series of public hearings in an effort to capture Americans’ attention before the November midterm elections.

“Jan. 6 was a tragic day, and I know we did our duty, but I will always be proud of our record,” Pence told Fox News. “And I am not going to allow the Democrats to use that tragic day to distract attention from their failed agenda or to demean the intentions of 74 million Americans who rallied behind our cause.”

Pence told Fox News that after the 2020 election, he “had concerns about voting irregularities.”

“I had hoped that the courts—including the Supreme Court—would have taken up and considered the fact that a number of states had changed rules governing elections,” Pence said. “But, ultimately, the courts passed on them, and the Electoral College certified the outcome, and I knew that my oath was clear.”

Pence said that “by God’s grace,” he knows he did his “duty that day, under the Constitution.”

“The Bible says ‘he keeps his oath even when it hurts,’” Pence said. “I know what that means.”

As for his relationship with Trump during the administration, Pence told Fox News: “We were very close friends.”

“We parted very amicably on Jan. 20,” Pence said. “I don’t know if the president and I will ever see eye to eye on my duties on Jan. 6, but, in the aftermath of that tragic day, we sat down, and we talked through it. And then we rolled our sleeves up and finished the final weeks of our administration working together.

“And we parted very amicably. And we spoke in the months that followed us leaving office—we spoke with some regularity,” Pence continued. “And now, I think we’ve kind of gone our separate ways over the last year, but I’ll always be proud of the record we created.”

Pence added: “We delivered for the American people.”

Praising the former president, Pence said he will “always be proud” to have served alongside him.

“To serve alongside a president who literally got up every day and worked in the midst of an avalanche of hostile media, and the entire Russia hoax hanging over our administration—he never stopped fighting every day to deliver on the promises that we had made to the American people,” Pence said.

Pence said the Trump administration “delivered on national security, on border security, on the economy, on wages and income, and turning investment to the country, and conservatives to our courts.

“I’m just really incredibly proud of it,” Pence said. “Wherever the Lord leads our family in the months and years ahead, I will always be proud to have served in an administration that kept our promises to the American people.”

When asked about his own 2024 presidential aspirations, Pence told Fox News he is “actually not a long-term planner.”

“I think whatever success that we’ve had, it’s been by focusing on the work at hand, focusing on the job in front of us, and then, opportunities have come,” Pence said. “First things first—we need to win the midterm elections, we need to elect and re-elect Republican governors around the country—and I put equal importance on those two things—winning the Congress and winning the state houses is of equal importance.”

Pence said the Trump administration, made “extraordinary progress” during its first two years.

“It was not just because we had Republican majorities in the House and Senate—it was also because we had 31 Republican governors that were partnering with us every day to advance policies at the state level that magnified what we were doing at the federal level,” Pence said.

But as for whether he’ll run for president, Pence said he has “been moved at the encouragement that we’ve received around the country.”

“Karen and I will do what we’ve always done—we’ll take time to pray about it, we’ll seek counsel of trusted friends and advisors, and we’ll go where we’re called,” he said.

He added: “One thing I’ll tell you is that I won’t let anybody else make that decision for me.”

When asked if his decision to run for president in 2024 is dependent on whether Trump announces a re-election campaign and whether he would join Trump on the ticket if asked, Pence said:

“We’ll go where we’re called, and as I said, we won’t let anybody make that decision for us.”

“My focus is going to be on doing first thing’s first and then discerning what role, if any, we have to play in the second task,” he told Fox News.

Pence told Fox News that President Biden is “embracing the politics of the radical left.”

Pence delivered a speech on the economy on Monday in Chicago at the University Club, in which he said the current state of the U.S. economy has been “caused almost single-handedly by the 46th president of the United States.”

During remarks, Pence said that there has “never” been a “stronger disconnect between the president and the American people,” urging Biden to carry out his oath and “put our families first and put America back on a path to prosperity built on American principles and ideals.”

“What’s wrecking the American economy, what’s weakening America at home and abroad is not Joe Biden’s energy level, it’s his agenda,” Pence told Fox News after his speech. “And in so many ways the radical left is driving the policies of this administration, but that’s why I am absolutely determined to hold this administration accountable, travel the country… make sure we elect women and men to every level of office to offer a positive, conservative alternative, and why I think it is absolutely essential we win back state houses, the people’s house and ultimately the White House.”

Pence added: “Joe Biden has always been a liberal but, in a very real sense, he has embraced the politics of the radical left that are crushing this life under this economy, stifling American energy, eroding American credibility on the world stage, and the only antidote to that is to elect freedom-loving majorities to the Congress and to statehouses around the country and I believe we will.”