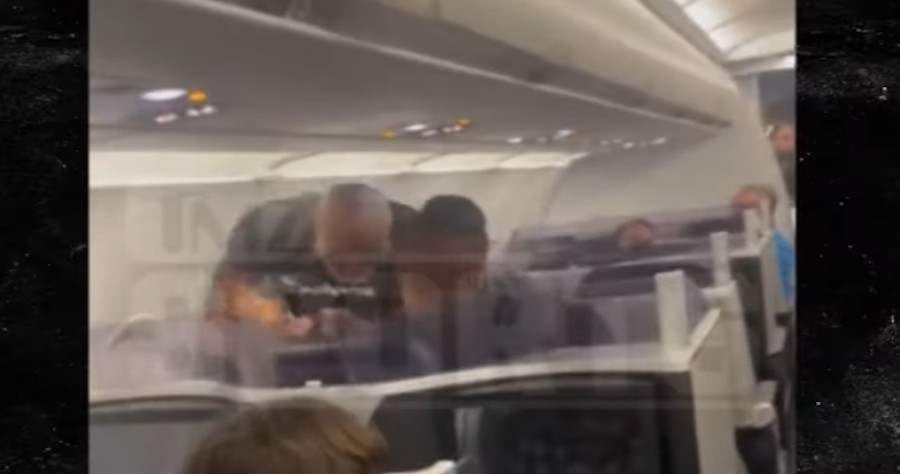 Mike Tyson appeared to attack a fellow passenger on a Wednesday night flight, according to footage released Thursday by TMZ.

Tyson, who had boarded a Florida-bound plane from San Francisco, is said to have engaged with his fellow passenger prior to the incident, a witness told the gossip site, with the former heavyweight even posing for a selfie.

The passenger is also seen chatting animatedly behind Tyson’s seat as another passenger films the exchange. Things took a turn for the worse, however, when Tyson apparently grew agitated with the passenger, who had failed to leave him alone, with the former heavyweight champ then delivering a series of blows from over his seat.

A source close to Tyson claims the passenger was “extremely intoxicated” and “wouldn’t stop provoking” him, resulting in an onslaught of punches.

Tyson “walked off the plane just seconds later,” per a witness, while the passenger, who is seen with a bloodied forehead in the footage, received medical attention.

“My boy just got beat up by Mike Tyson,” a passenger filming the ordeal apparently said from behind the camera. “Yeah, he got f–ked up.”

The passenger who sustained the injuries is said to have gone to the authorities as well.

Tyson served time in prison beginning in 1992 after being convicted of rape. He was sentenced to six years behind bars, but served less than three years and was released in 1995.

With his boxing career behind him, Tyson has taken on a more mellow public persona with an admitted devotion to marijuana. The 55-year-old is launching a cannabis company with wrestling legend Ric Flair.

This week’s incident comes just weeks after Tyson encountered another overzealous fan at a comedy club, with the former fighter remaining calm and even hugging the admirer, who had a gun during the exchange.