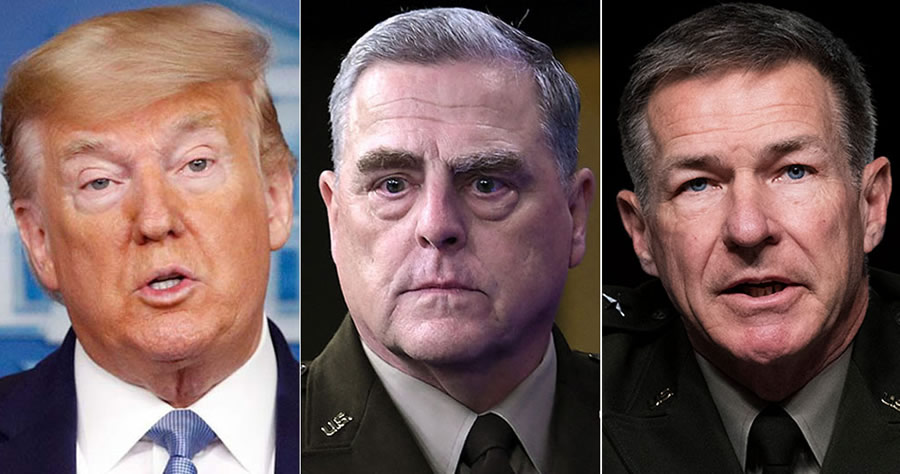 A former assistant secretary of the Army under President Trump has accused top military officials Chairman of the Joint Chiefs of Staff Gen. Mark Milley and Chief of Staff of the U.S. Army Gen. James McConville of engaging in a “pattern of behavior” that overstepped their authority and undermined potential commands from Trump.

In an interview with Fox News Digital, E. Casey Wardynski, a former assistant secretary of the Army for Manpower and Reserve Affairs under the Trump administration, accused high-ranking military officials Milley and McConville of making statements that insinuated they were calling the shots.

“These kind of behaviors and this willingness for military leaders to exceed their authorities and ignore authorities of the civilian officials appointed over them … positions under the Constitution and laws of the country was not something that came to them on Jan. 8,” Wardynski said. “It was something that they had done for a while.”

According to Wardynski, there were “stunning” instances in which he saw, firsthand, high-ranking military officials exceed their authority.

“…the latest manifestation of a sickness that led the leaders of many important institutions to turn their hatred for Trump into a license to break restraints, standards and even laws.”https://t.co/VJSikxu45Z