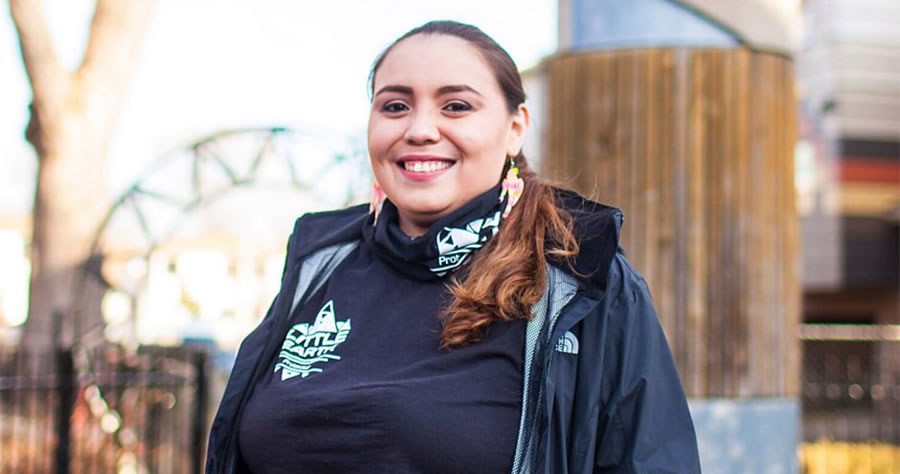 A Minneapolis City Council candidate publicly encouraged Black Lives Matter rioters who “feel like burning sh-t down” to target wealthy communities instead of poor ones.

Police are now investigating her for making a “credible threat,” according to reports.

Margarita “Rita” Ortega wrote on her personal Facebook page that “the poor community is not your oppressors” and claimed that the wealthy community of Lake of the Isles has “more then [sic] needed.”

“Just a personal thought — just in case y’all feel like burning shit down, the poor community is not your oppressors. FYI — lake of the isles has more then [sic] needed and won’t be missed,” Ortega wrote. 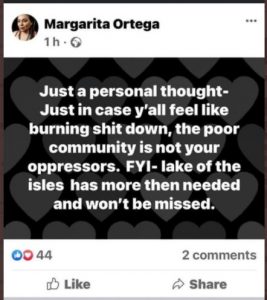