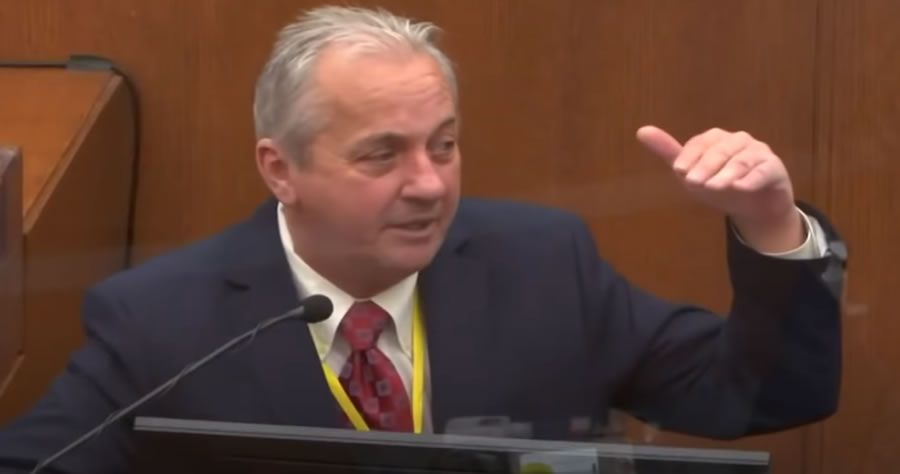 Derek Chauvin’s lawyer, Eric Nelson, says the former Minneapolis police officer “did exactly what he had been trained to do” when he knelt on George Floyd’s neck for more than nine minutes, pinning him facedown on the pavement. Lt. Robert Zimmerman, a 35-year veteran of the Minneapolis Police Department, unambiguously contradicted that claim when he testified on Friday in Chauvin’s murder trial.

Zimmerman noted that Floyd, who had been arrested for buying cigarettes with a counterfeit $20 bill, was handcuffed behind his back, which “stretches the muscles back through your chest” and “makes it more difficult to breathe.” Forcing Floyd to lie facedown on the ground would have compounded that problem, he said, because “if you’re [lying] on your chest, that’s constricting your breathing even more.”

In light of that danger, Zimmerman said, “once a person is cuffed, you need to turn them on their side or have them sit up; you need to get them off their chest.” One of Chauvin’s colleagues, Officer Thomas Lane, twice suggested that Floyd, who complained 27 times that he was having trouble breathing, should be rolled onto his side. Chauvin rejected those suggestions.

Floyd, who was initially terrified when an officer drew a gun on him, calmed down until Lane and Officer J. Alexander Kueng tried to place him in their squad car. At that point, he seemed to have a panic attack,