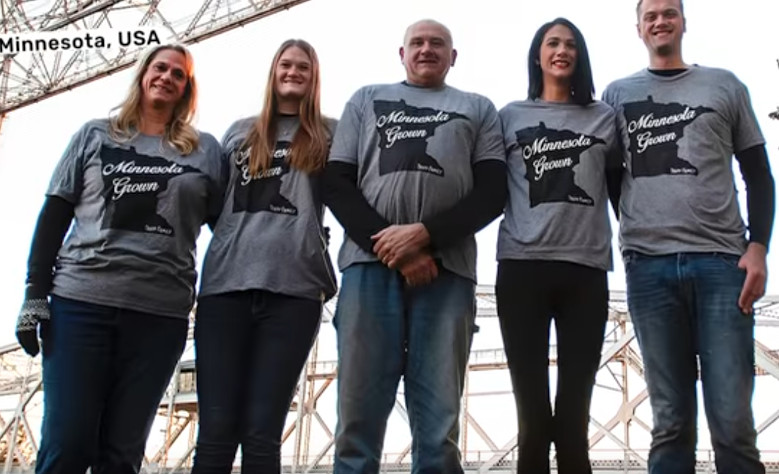 Guinness World Records announced the world’s tallest family is a Minnesota clan of five with an average height of 6 feet, 8.03 inches.

The record-keeping organization said the Trapp family of Esko was officially dubbed the world’s tallest family after being officially measured by an orthopedics doctor.

All three of the Trapp children were active in sports and were recruited for colleges to play basketball and volleyball.

“Coaches always said to us ‘You can’t teach height. You’re either tall or you’re not,'” Molly Steede told GWR.

The family members said they are proud of their heights, and of their Guinness World Record.

“There is joy and freedom in embracing who you are,” Savanna Trapp-Blanchfield said. “Rock what you got. There is nobody else like you and that is fantastic.”