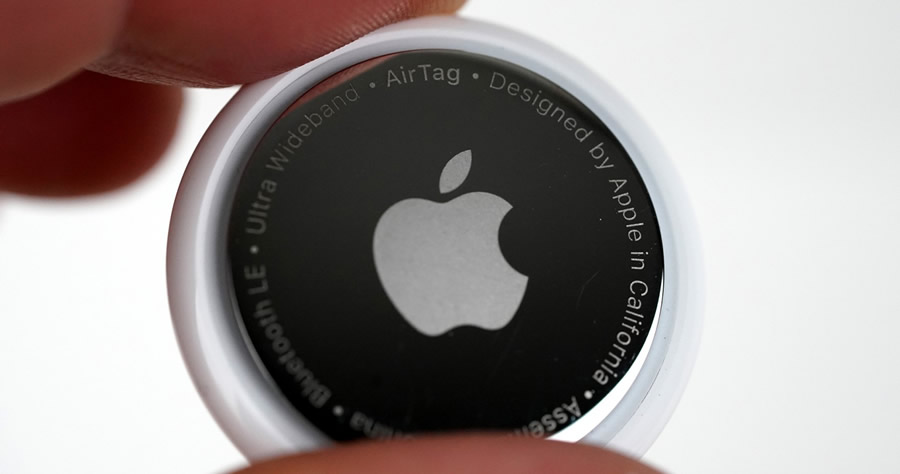 A swimsuit model says she was stalked by a stranger who slipped an Apple AirTag tracker into her coat pocket before following her for five hours.

Brooks Nader, 26, claims the disturbing incident occurred Wednesday night while she was out in New York City, and she only realized it when her iPhone alerted her to the fact that an “unknown accessory” was moving with her.

An AirTag — first released last April — is a nickel-size tracking device that acts as a key finder, with Apple users able to attach it to their personal items to make sure they never get lost.

However, there have been multiple reports that the gadgets, which retail from $29.99, have been placed by stalkers and thieves inside other people’s handbags, cars and pockets to track their whereabouts.

Nader appears to be the latest victim, with the model relaying her experience to her 827,000 followers on Instagram.

“This ‘device’ followed me for the last five hours to every location and [it belonged to] no one in my ‘network.’ It also wasn’t a phone or tablet, it was an ‘item,’” she explained. 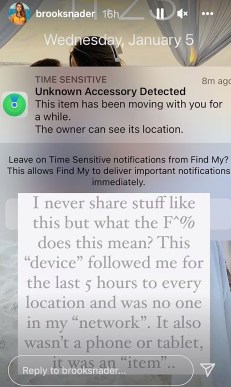 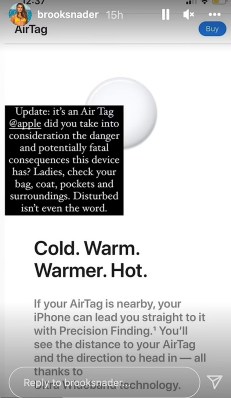