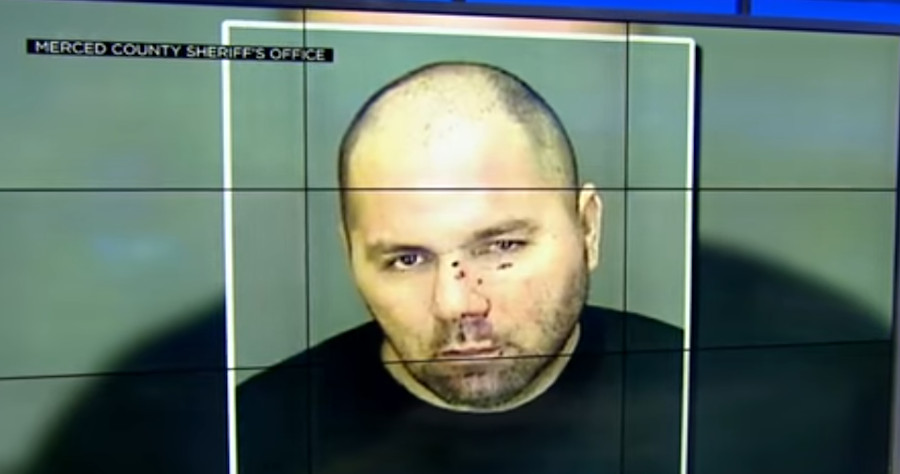 According to reports, just months after the Sacramento Sheriff’s Office was sued for allegedly reporting illegal criminal immigrants to Immigration and Customs Enforcement (ICE), an illegal immigrant involved in criminal activity shot and killed his three daughters and a visitation chaperone before killing himself.

ICE spokeswoman Alethea Smock stated that 39-year-old David Mora-Rojas overstayed his visa after entering California from his native Mexico on December 17, 2018, on a non-immigrant visitor visa.

She did not confirm when his visa actually expired, but because he overstayed his visa, ICE asked to be notified when he was released from jail after being arrested in Merced County for assaulting a California Highway Patrol officer.

Mora-Rojas was released from jail just five days before he committed the horrific murders of this family at a Sacramento church.

The Merced County Sheriff’s Office stated that under California’s “sanctuary state law,” known as the TRUTH Act and the California Values Act, it does not notify immigration officials about in-custody people who are being released.

So ICE was never notified when Mora-Rojas was released from jail.

Domestic violence isn’t a ‘lesser’ crime or a ‘crime of passion.’ It is a horrific evil.💔

Man murders his 3 young children and 1 other in a church, then kills himself – “The sheriff’s office said it was a case of domestic violence.” https://t.co/CpdXPniK2V

According to reports, the sanctuary laws in California protected Mora-Rojas from deportation after at least two encounters with law enforcement:

“In April 2021, the mother of his three children obtained a restraining order against him after a domestic violence incident, according to the Sacramento County Sheriff’s Office, which confirms that the order specifically states Mora-Rojas cannot own or possess firearms or ammunition”; and

“On February 23, 2022, Mora-Rojas was arrested in Merced County about 115 miles south of Sacramento for driving under the influence, assaulting a police officer, and assaulting medical staff.

ICE served a detained on the jail, but state sanctuary laws prohibited Merced officials from holding Mora-Rojas or communicating with ICE about his release, so the illegal immigrant walked out of jail on a $15,000 bond.”

There is only ONE thing that allowed this horrific tragedy to occur with certainty: the deplorable state of our immigration policies, and California’s Sanctuary State Laws. My full statement on the tragic events that took place in Sacramento below: pic.twitter.com/9guQft3ewC

On February 28, Mora-Rojas killed his children and 59-year-old Nathaniel Kong during a supervised visit before killing himself.

The shootings at the church in Sacramento occurred during a weekly supervised visitation Mora-Rojas had with his three daughters.

While police have not released a motive, the confirmation that he was in the country illegally can provide a possible reason — he may have feared being deported and separated from his children.

The ACLU accused Jones and his agency of violating California sanctuary laws by reporting illegal immigrants jailed for committing local crimes to ICE upon completion of their sentence. On March 5th, Jones tweeted:

“Remember the faces of these tragic murder victims. In the coming days and weeks, liberals and activists will try and spin the narrative, dredge up sympathy for the monster that killed them, and talk about how this could have been prevented.

They will talk about the horrors of ghost guns, as if no other weapon or gun was available to him, and legislators will clamor for more restrictive gun laws to make themselves feel better.”

“They’ll call me racist and evil. But let me be perfectly clear, there is only ONE thing that allowed this horrific tragedy to occur with certainty: the deplorable state of our national immigration policies, and California’s Sanctuary State Laws.”

The Sacramento County Sheriff’s Office released a statement confirming that Mora-Rojas “had in his possession an AR style rifle,” adding:

“The firearm had no serial number or manufacturer markings and is what the Bureau of Alcohol, Tobacco, Firearms and Explosives refers to as a “Privately Made Firearm (PMF).”