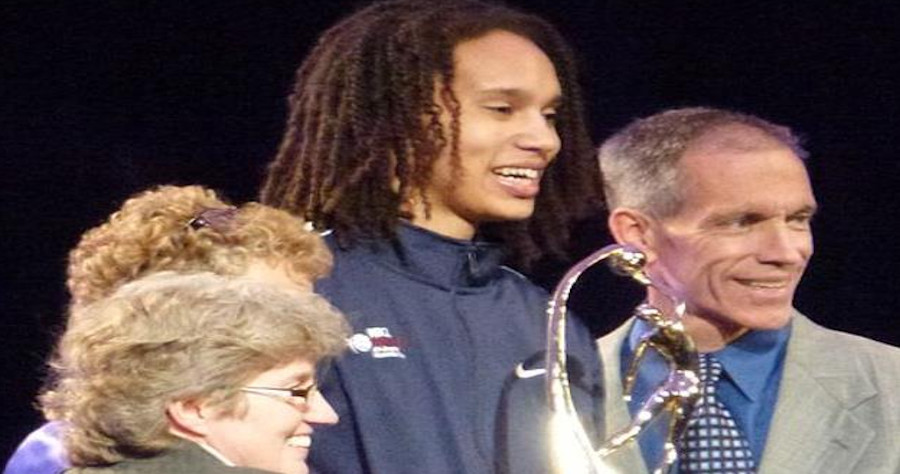 As we reported last month, WNBA star Brittney Griner had been on a serious losing streak; not on the court, but in the court. Or more specifically, Ms. Griner had been getting nothing but bad news from the legal system in Russia.

But yesterday, the gifted but wholly ungrateful America-hating basketball player headed back to a Russian court hoping to finally get released from the Russian prison in which she’s been held since February for carrying vape cartridges with cannabis oil into an airport. But instead of releasing Griner, the court decided to extend her detainment until at least next month. Ouch.

Look at the bright side, Brittney: It’s almost summertime in Russia, which means the snow should stop falling any day now.

According to The Spun:

“Brittney Griner is still not allowed to return to the United States.  A court in Russia has reportedly extended the detention for Griner which means she has to remain in jail until at least Jul. 2. Griner has been in jail for over 100 days after there was an incident at the Moscow airport. ”

“If Griner is convicted on those charges, she could face 5-10 years in a Russian prison. The U.S. State Department has been trying to get Griner home for a while now and still sees this case as a “top priority.”

What’s sweetly ironic about Griner’s situation is how vocal she’s been about her hatred and disrespect for her homeland. She’s played the Social Justice Warrior for several years now here in the states, speaking out against imaginary ‘systemic racism’ in our country. Additionally, she has outright refused to even enter arenas for the playing of our National Anthem, stating:

“I’m going to protest regardless. I’m not going to be out there for the National Anthem. If the league continues to want to play it, that’s fine. It will be all season long, I’ll not be out there. I feel like more are going to probably do the same thing. I can only speak for myself.”

We can only imagine if Griner will sing a different song about America when – or if – she ever gets back here. She’s become an obvious political pawn, with Russia’s war in Ukraine continuing to rage and the Biden Administration’s tepid but consistent denunciation of Russian aggression. Would Griner have had such a problem here in the states for committing a crime, or would she have received due process?

In Russia, and in many other countries, possession of marijuana not only continues to be criminal, it’s punishable by severe sentences. In Singapore, Griner could have received 10 years in jail plus a caning. In the Philippines, she could have been sentenced to life in prison. But in the United States, Griner likely wouldn’t even have received a summons, depending on which state she was in. And if she had been charged with a crime, she would have been able to hire the best legal team available.

But Ms. Griner has made her disdain for America, the land of the free and the home of the brave, very clear. Ms. Griner is gay, very wealthy, and lives in the greatest country in the world. But she couldn’t help herself from badmouthing it at every opportunity. Let’s see if she stands for our National Anthem the next time she has an opportunity.