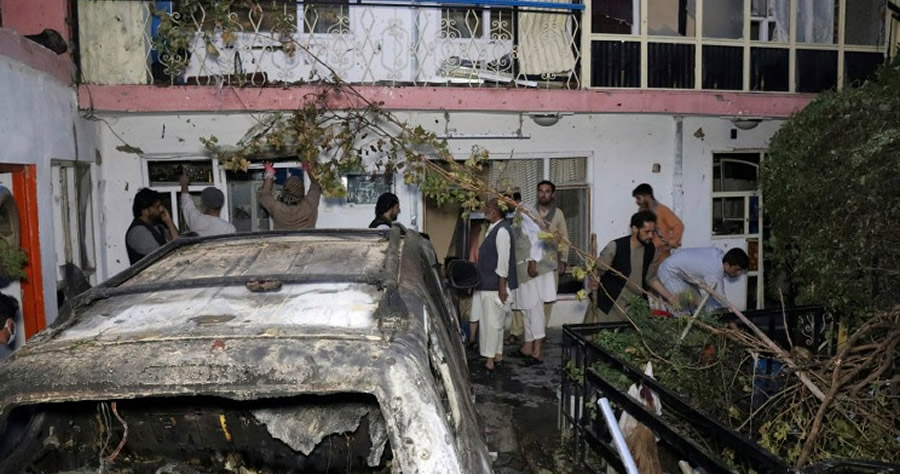 The Pentagon retreated from its defense of a drone strike that killed multiple civilians in Afghanistan last month, announcing Friday that a review revealed that only civilians were killed in the attack, not an Islamic State extremist as first believed.

For days after the Aug. 29 strike, Pentagon officials asserted that it had been conducted correctly, despite 10 civilians being killed, including seven children. News organizations later raised doubts about that version of events, reporting that the driver of the targeted vehicle was a longtime employee at an American humanitarian organization and citing an absence of evidence to support the Pentagon’s assertion that the vehicle contained explosives.

McKenzie said the vehicle was struck “in the earnest belief” that it posed an imminent threat.

“I am now convinced that as many as 10 civilians, including up to seven children, were tragically killed in that strike,” McKenzie said. “Moreover, we now assess that it is unlikely that the vehicle and those who died were associated with ISIS-K, or a direct threat to U.S. forces,” he added, referring to the Islamic State group’s Afghanistan affiliate.

McKenzie apologized for the mistake and said the United States is considering making reparation payments to the family of the victims.

Gen. Mark Milley, chairman of the Joint Chiefs of Staff, told reporters two days after the attack that it appeared to have been a “righteous” strike and that at least one of the people killed was a “facilitator” for the Islamic State group’s Afghanistan affiliate, which had killed 169 Afghan civilians and 13 American service members in a suicide bombing on Aug. 26 at the Kabul airport.

“This is a horrible tragedy of war and it’s heart wrenching,” Milley told reporters traveling with him in Europe. “We are committed to being fully transparent about this incident.”

“In a dynamic high-threat environment, the commanders on the ground had appropriate authority and had reasonable certainty that the target was valid, but after deeper post-strike analysis our conclusion is that innocent civilians were killed,” Milley added.