More Failings of the Texas Dems Flee-ibuster: State Reps delete tweet of their cheerful departure with a case of beer (we caught it) 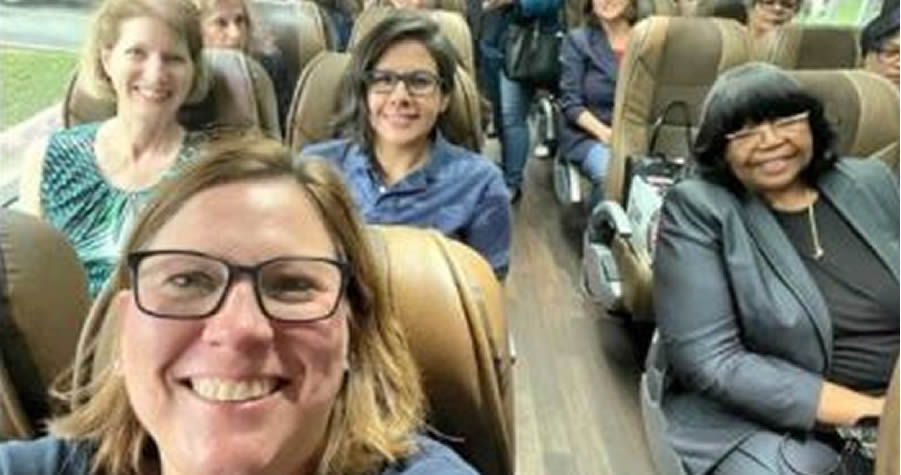 As reported earlier today, a group of state Representatives from Texas are fleeing the state to prevent standard political operations from taking place.

Another post was put up by state Representative Julie Johnson of another crowd of politicians clearing town, this one appearing to be on a bus. They appear very excited and very energized about skipping out on their assigned duties. They also come off as not very serious, considering that in taking the selfie Ms. Johnson managed to capture an unintentional detail.

Sure looks festive on the Greyhound To The Swamp, but you have to question a few things. The tweet has since been deleted, and probably for good reason. For instance, just how dedicated is this group when you consider they have a case of beer in tow?

Don’t misunderstand, we are in full agreement — just not with the selection. Miller Lite?!?! Here is a troupe posturing that they are representing Texans, and they do not even take texas beers with them. 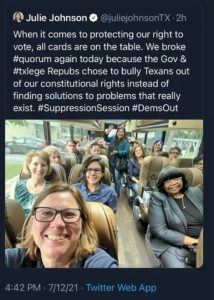 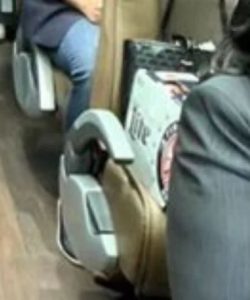