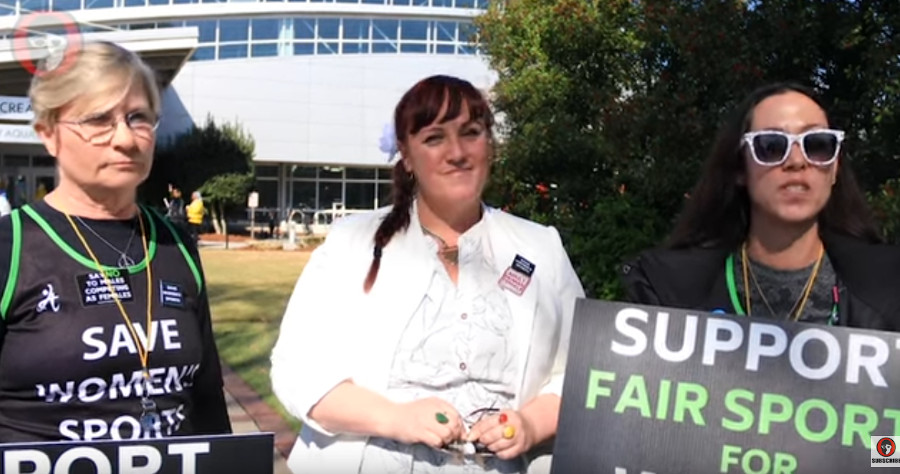 It’s been said in the past to never underestimate the power of mothers.

Especially those who feel that their kids have been slighted and in this case, cheated. Penn transgender swimmer Lia Thomas left her opponents in the dust en route to winning the NCAA Division I national championship in the women’s 500-yard freestyle event last month. Thomas’ win prompted a band of mothers to assemble an unnamed group to air their grievances.

While most of the moms spoke on their condition of anonymity in fear of being accused of transphobia, they told the New York Post that they were outraged to see their daughters’ hard work go up in smoke.

“My daughter swam against Lia at Yale this year and it was just a miserable experience all around,” one mother said. “We are literally bending over for male privilege. It’s humiliating.”

One mother, whose daughter swam with Thomas at Penn, called the season a “disaster.” She said that her daughter has been swimming competitively since she was 7, often times flying across the country for competitions at the cost of roughly $15,000 a year.

“She still believed she could still beat Lia. Then competition came and Lia turned her whole speed on,” she said. “Lia’s tall but it’s not only height. Look at the length of her arms. They are almost a foot longer than the girls.”

While many oppose Thomas competing against biological females, only a few have been willing to speak out publicly.

Among the few athletes to speak out is Martina Navratilova, who won a combined 59 major titles during her tennis career. She told the Post that a top female swimmer has to be “unbelievable” to defeat an average biological male swimmer.

“Imagine being a biological female going up against Lia,” Navratilova said. “A top woman swimmer has to literally be unbelievable to beat an average male swimmer who identifies as female. The hormone suppression therapy doesn’t mitigate the advantage they have over biological women.”

Jeri Shanteau, a three-time NCAA team champion and 11-time All-American, said that female athletes’ confidence is being shattered by allowing biological males to compete against biological females in sports.

“We’re robbing girls of that confidence today,” Shanteau said. “We’re shamed into silence and (worrying) that when we speak up, we’ll get negative backlash. It is very undermining when the idea of a man competing against you is normalized. It’s so demoralizing that it’s hard to wrap your head around it.

“The swimmers at UPenn are so scared of all the attention that they are no long wearing their UPenn sweatshirts. They’re no longer allowed to be proud of themselves. Everything has become about Lia.”

Hogshead-Makar said that finding a solution won’t be easy, especially if the Equality Act gets a vote in the Senate. The Equality Act has already passed in the House and would prohibit sex discrimination and gender identity discrimination, removing many sex-based protections, per the Post.

“If we recognize the Equality Act, then someone could self-identify as a woman right before Wimbledon, get the $4 million in prize money and then self ID back to a man the next day,” Hogshead-Makar said. “It would be illegal to ask for proof of any kind. The transgender movement got ahead of the women’s movement in insisting that trans women are women.

“You think, of course, trans women are women — especially in the classroom and in employment. But nobody stopped to think what are you giving up for that ideology. What they are giving up are women’s sex-based rights.”