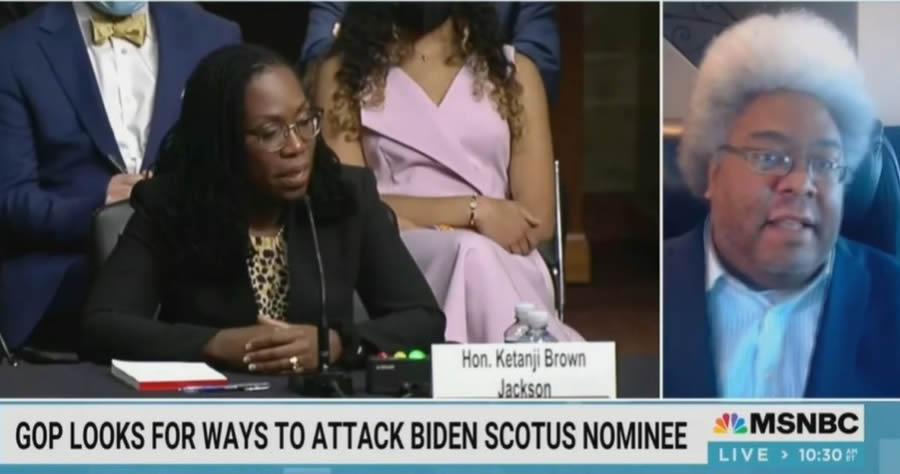 According to The Nation’s “justice correspondent” Elie Mystal, the GOP member of the Senate Judiciary Committee is “trying to get violence done against” Jackson.

Mystal appeared Saturday on “The Cross Connection,” suggesting that Hawley of Missouri had unfairly criticized Jackson’s legal opinions with the purported purpose of inciting violence, in addition to public outrage, against Jackson.

The weekend MSNBC guest’s conjecture comes as Hawley is expected to question Jackson at the looming Senate hearing on what he sees as the nominee’s reported leniency towards sex offenders that lets child predators “off the hook” with “beyond” soft-on-crime treatment both as a judge and policymaker.