MSNBC Host: ‘It’s a War, and Everybody Needs to Pick Up a Weapon’ [VIDEO] 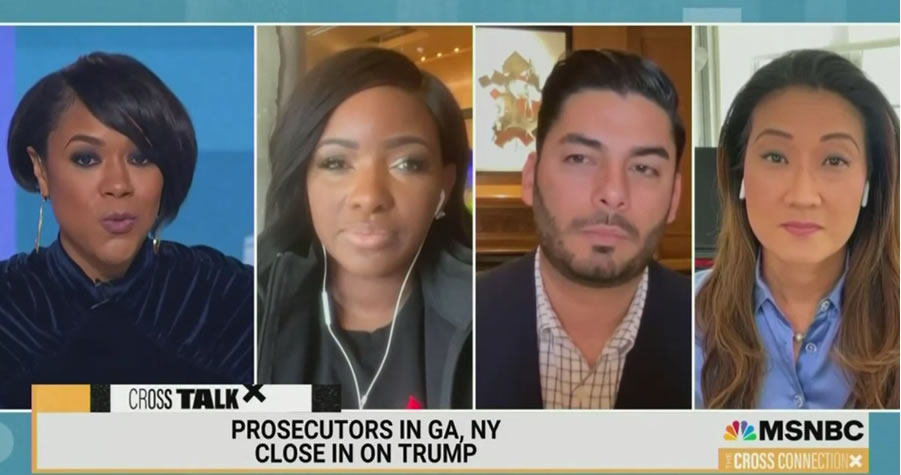 Liberals love to accuse conservatives of provoking violence with their rhetoric.

But on her MSNBC show on Saturday morning, MSNBC host Tiffany Cross not only described current political disagreements as a “war,” but she exhorted her fellow liberals: “everybody needs to pick up a weapon and get involved.”

“Pick up a weapon and get involved?” Imagine if a conservative politician or pundit had said that! There would be immediate calls for the offender to resign or be fired, and perhaps to be prosecuted on charges of inciting violence. Donald Trump was impeached over the January 6 riot without ever having said anything that explicit.

Cross had as a guest Democrat state representative Jasmine Crockett, who is running for Congress in a crowded field of Democrats trying to succeed retiring Rep. Eddie Bernice Johnson in Dallas. Ironically, Cross led off by wondering “How do we as a country protect this democracy when these folks don’t like the outcome of the next election,” when Biden and the Democrats are now openly suggesting that they don’t trust the outcome of the next election.

The MSNBC host warned that was “where they have partisan poll watchers, an open-carry state. It’s a very fragile situation that we’re in right now.” That picture of armed election judges is inflammatory, and not accurate. A bill signed by Gov. Greg Abbott in September does not permit carrying guns in polling places.

Crockett declared that the struggle against Republicans for election integrity, etc., is a “war.” Cross didn’t merely agree, she upped the ante by a mile: “It is a war, it is indeed a war. And I have to say, they have won some battles, Jasmine, but we have to keep our eye on the war. And everybody needs to pick up a weapon and get involved because this is for the safety and lasting of the country.”