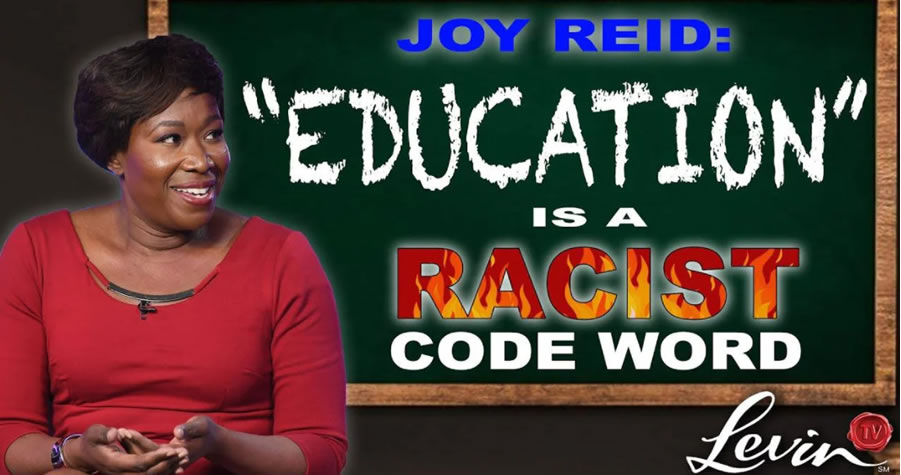 The liberal media parrot the same lie that critical race theory is not being taught in our public schools, Joy Reid and her cohorts at MSNBC attempted to cloak this failed Marxist ideology in a new narrative: “the Southern strategy.” But, as Mark Levin pointed out on “Levin TV,” parents in America know better. Conservatives, independents, and suburban moms are fighting back at the ballot box to defeat this racist ideology.

Mark started out with sharing a video clip in which Reid argues that “education,” a word she said with air quotes, “is code for white parents don’t like the idea of teaching about race.” She also claimed that “critical race theory,” again with air quotes, “is not currently taught in any Virginia public schools.”

“Unbelievable,” Mark said in response. “So now the word education is code for white people or parents don’t like teaching about race? You know, when I was in public school they taught me about race. They taught me about slavery. They taught me about the assassination of Lincoln and what came after Lincoln. We were taught about the Klan. We were taught about all these things, but what we weren’t taught is that this is a white-dominant society and the only way to survive in this society is to overthrow it, and all the rest of the Marxist modeling and propaganda.”

Mark went on to challenge Reid to a debate about whether or not critical race theory is currently taught in public schools in Virginia or any other state.