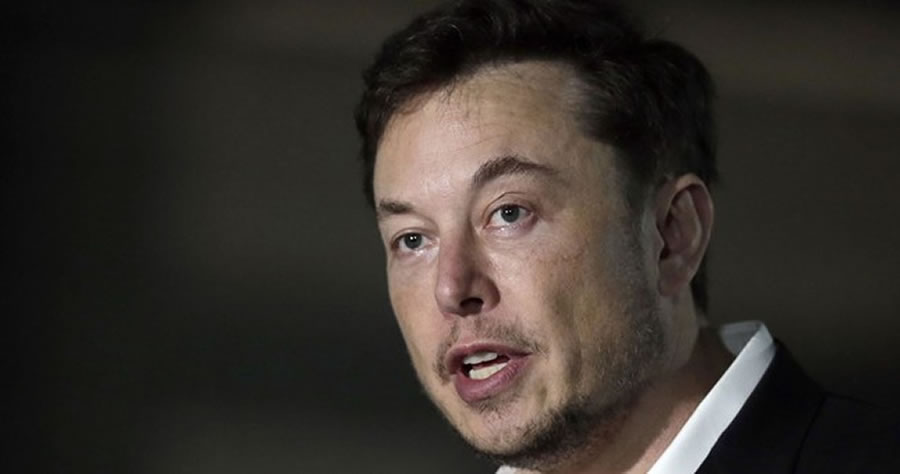 Elon Musk said a recession would be ‘good’ for the economy because it’ll hurt work-from-home fans and ‘foolish’ business owners he believes deserve to go bankrupt.

The Tesla billionaire, 50 – who is worth $218billion – has never been shy about sharing his opinions on Twitter and said he thought a recession would be a ‘good thing’ when asked on Thursday.

‘[Recession] actually a good thing,’ he tweeted. ‘It has been raining money on fools for too long. Some bankruptcies need to happen.

‘Also, all the Covid stay-at-home stuff has tricked people into thinking that you don’t actually need to work hard. Rude awakening inbound!’ 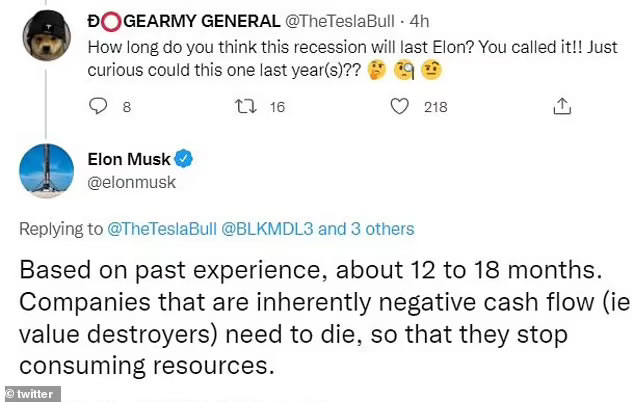 Musk may be referencing the multiple rounds of stimulus that was offered during the height of the pandemic to both businesses and people and the increasing amount of office workers who prefer to work from the comforts of their own home.

He has long boasted of his ferocious worth ethic, and is well-known to drive his staff extremely hard.

Musk warned staffers at Twitter he’d work them to the bone when the deal closes – but insisted he’d still work harder.

Thursday’s tweet also suggests Musk will force the San Francisco-headquartered firm’s workforce back into its offices, despite previously calling for it to be converted into a homeless shelter.

The SpaceX founder also said he thought the recession would last ‘about 12 to 18 months,’ based on historical recessions, he said on the social platform.

‘Companies that are inherently negative cash flow (ie. value destroyers) need to die, so that they stop consuming resources,’ he continued.