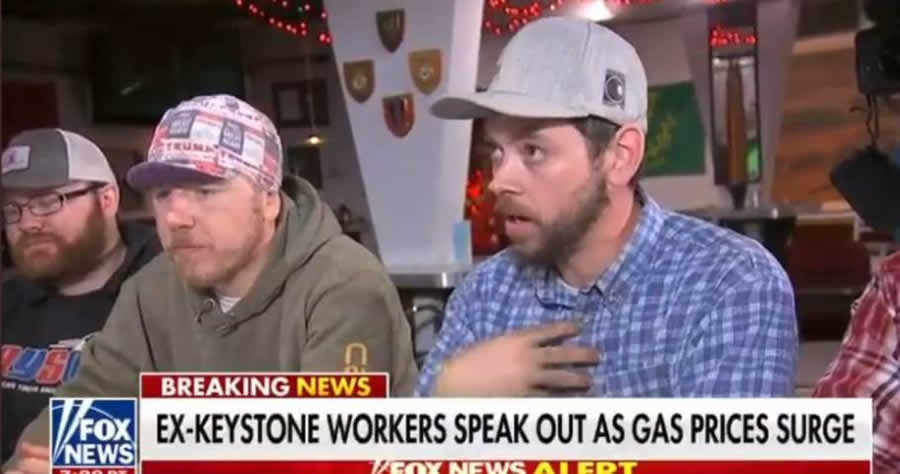 A group of laid-off Keystone XL Pipeline workers came out swinging against Biden in an interview with Fox News on Sunday.

As Benny Johnson puts it, these guys just told Biden “to go frack himself.”

Furious over his terrible policy decisions and his outright lies about the current decimated state of American energy production, the group of laid-off workers did not hold back with their criticism of Biden and placed the blame for the gas crisis squarely on his shoulders.

The current situation has nothing to do with Putin, according to the workers. Instead, they explained, it was Biden’s focus on green energy and his decision to shut down the Keystone XL Pipeline, that landed us in this energy crisis.

When asked point-blank whether Putin was responsible for the skyrocketing gas and energy prices, one worker replied: “Absolutely not.”

So much for Biden’s pathetic “Putin’s price hike” line – everyone who’s paying attention knows the inflation crisis started the day the Brandon administration took over.

They don’t hold back pic.twitter.com/YigUpWpFrc