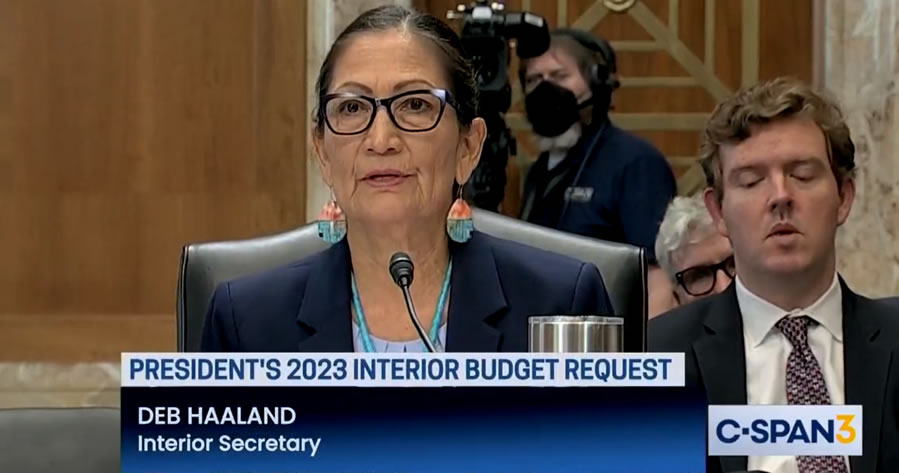 Joe Biden is becoming engulfed in a national energy crisis, and he decided to kill virtually all oil and gas leases in Alaska. He already got the ball rolling on this fiasco when he decided to nix the Keystone Pipeline. It was a bad policy, but one he was forced to make because the environmental Left would have had a coronary. It’s not hard to see gas prices soaring to a national average of $5/gallon by the dog days of summer. This is Joe Biden’s crisis. It’s his fault, and it’s sadistic. These people thought they could ride in and do what they want. You can’t with a 50-50 Senate and a four-seat House majority. So, they’d rather torch our wallets with these policies; it’s intentional. Could it also be a backdoor enaction of the Green New Deal? At least on a partial basis especially with the oil and gas leases?

Sen. Joe Manchin (D-WV) caught Biden’s Secretary of Interior Deb Haaland dead to rights on the agenda to kill everything regarding oil and gas exploration. It occurred during a budget hearing. Manchin whipped out the Department of Interior’s own documents highlighting their intention to kill the whole show. Haaland was left speechless:

Biden Interior Secretary Deb Haaland struggles to explain a memo from HER department calling for the shut down of new oil leases.

“I am sorry, and am sitting in this hearing and not ………” pic.twitter.com/bLypsaAt8H

It didn’t stop there. The West Virginia Democrat took a blowtorch to the Biden administration’s energy agenda (via The Hill):

In a hearing on the Interior Department’s fiscal 2023 budget request, Manchin pushed back on the administration’s repeated references to the industry’s 9,000 unused leases to explain the energy crisis, arguing the administration has the power to pressure industry to use them.

“If the administration’s argument is that industry is sitting on these leases … why don’t they do something about it?” Manchin said. “For example, if the concern is that too many leases are not being developed in a timely manner, the department could increase the rental rates over time to provide a financial disincentive against holding leases for speculation alone.”