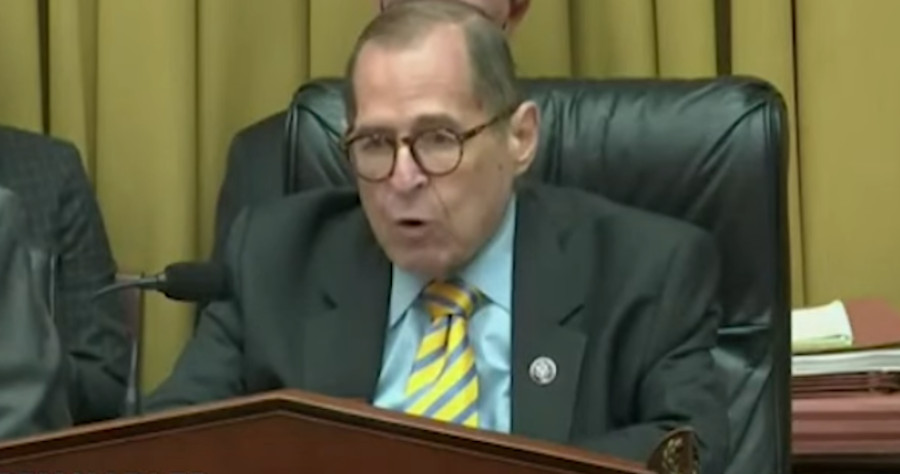 Rep. Thomas Massie (R-Ky) grilled House Chairman Rep. Jerrold Nadler (D-N.Y.) over his hypocritical argument that the age for owning a gun should be raised from 18 to 21 because brains at that age aren’t fully formed yet.

“Could I have a second to engage that,” Massie asked and then was allowed to proceed with questioning Nadler.

“Would the chairman join me in co-sponsoring a bill to raise the draft age to 21?” Massie asked.

“The research does indicate that in certain respects, but the selective service needs… I mean, if the country needs, it needs people,” Nadler weakly replied.

“In some respects, yes,” the chairman nonsensically responded.

Jerry Nadler says he supports banning 18-year-olds form buying guns because their brains aren’t fully formed but opposes raising the draft age to 21 because “if the country needs people [to fight wars], it needs people.” pic.twitter.com/a82v1rbMSO

Either you are an adult, with all the privileges and responsibilities, or you are not. It’s not subjective.

Either you are an adult, with all the privileges and responsibilities, or you are not. It’s not subjective.

Rep. Matt Gaetz (R-Fla.) then quipped, “Hoping mine is fully formed at 40. We won’t put that to a vote.” He then tore into the Democrats’ push for gun control.

.@RepMattGaetz is spot on.

“Democrats want to ensure that the government has the power to take your guns away without giving you due process.” pic.twitter.com/bAEZBG42DI

Democrats on the House Judiciary Committee in that hearing on Thursday put forth a bill that contained a ton of gun control proposals, setting up a floor vote as early as next week, according to RollCall.

Nadler argued in his opening statement that the legislation would help cut down on gun violence, while Republicans staunchly opposed the proposals for gun control.

Nadler said the mark-up of the bill would set the stage to pass gun control legislation when the House returns from its break next week.

“We are painfully aware that we cannot do enough today to save all of these lives,” Nadler proclaimed, referring to gun violence. “But that each life, we say, is an entire world.”

“Democrats control the major cities that have the worst murder rates,” Rep. Louie Gohmert (R-Texas) heatedly pointed out during the hearing. “That’s why your ideas have been shown to get people killed.”