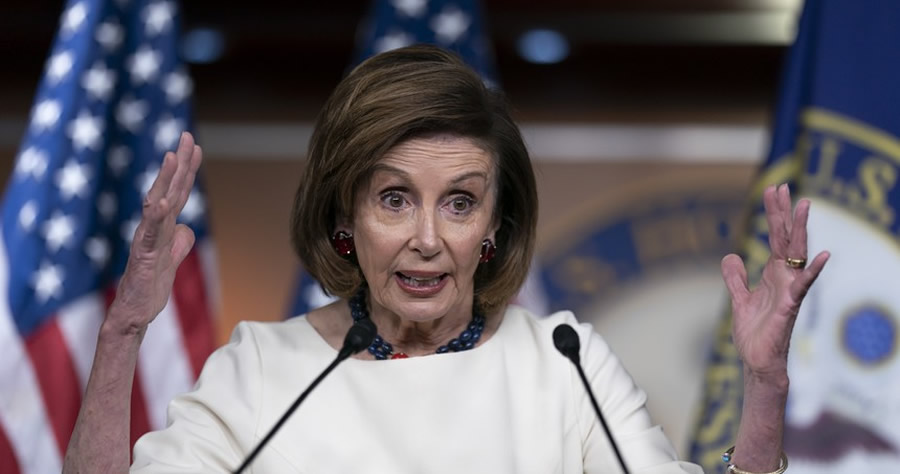 He left the Oval Office a year ago, but House Democrats remain obsessed with Donald Trump. That’s why they are threatening former White House Chief of Staff Mark Meadows with jail for defying an illegal subpoena.

The subpoena was issued earlier this year by the Select Committee to Investigate the January 6th Attack on the United States Capitol, the special creation of Speaker of the House Nancy Pelosi (D-CA) to use an official investigation to smear congressional Republicans as domestic terrorists and accessories to an “insurrection” against American “democracy.”

Meadows, who is also a former member of the House of Representatives, initially cooperated with the select panel, turning over more than 6,900 requested documents, including those now infamous emails he received during the riot from Fox News stars Sean Hannity, Brian Kilmeade, and Laura Ingraham.

But then the panel demanded Meadows show up for a deposition in which he would have to answer under oath and all questions put to him. Doing that would have inevitably required him to violate presidential executive privilege because he was certain to be asked multiple questions about how he advised Trump on the riot and what Trump said in response, as well as how other aides did so.

Executive privilege is not absolute, but it is essential, according to the Supreme Court in its U.S. v Nixon decision that blew Watergate wide open. The High Court acknowledged in that decision that a high level of confidentiality must be assured to ensure that chief executives get frank and candid advice and counsel from their closest aides.