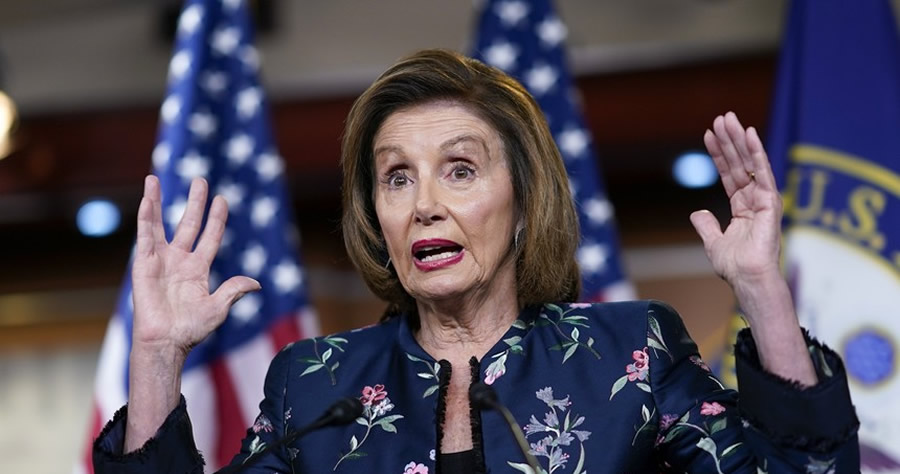 Democrats and their allies in the mainstream media have been freaking out over text messages from Ginni Thomas, the wife of Justice Clarence Thomas and a private citizen, for a week now, highlighting concerns to do with the January 6 Capitol riot. Before it was even confirmed that the justice had been released from the hospital, the Left was calling on him to resign or be impeached. This treatment isn’t anything new, though. As House Speaker Nancy Pelosi (D-CA) reminded us herself during a Thursday press conference, her party has always treated Thomas poorly.

Reporter: “Do you agree with members of your caucus who are saying that Clarence Thomas should resign?”

Speaker Pelosi: “I don’t think he should’ve ever been appointed.” https://t.co/6kIK6fZ08n pic.twitter.com/kLwA0zhF3M

During the speaker’s weekly press conference, a reporter asked “do you agree with members of your caucus who are saying that Clarence Thomas should resign?” Before giving a more substantive response, Pelosi candidly remarked “I don’t think he should have ever been appointed, so let me take it back to there.” She then thanked the reporter for his question, adding “I’m not gonna go to that,” instead choosing to promote H.R. 1, which Democrats have billed as a so-called voting rights bill, but that in reality will lead to a federal takeover of elections.

The disdain that liberals like Nancy Pelosi still have for Justice Clarence Thomas decades after his appointment and confirmation is pretty sad. https://t.co/m6R3BTBGsY