Nancy Pelosi ROASTED: Says Election Integrity Laws Are ‘a legislative continuation of January 6’ – ‘Those eyebrows though’ 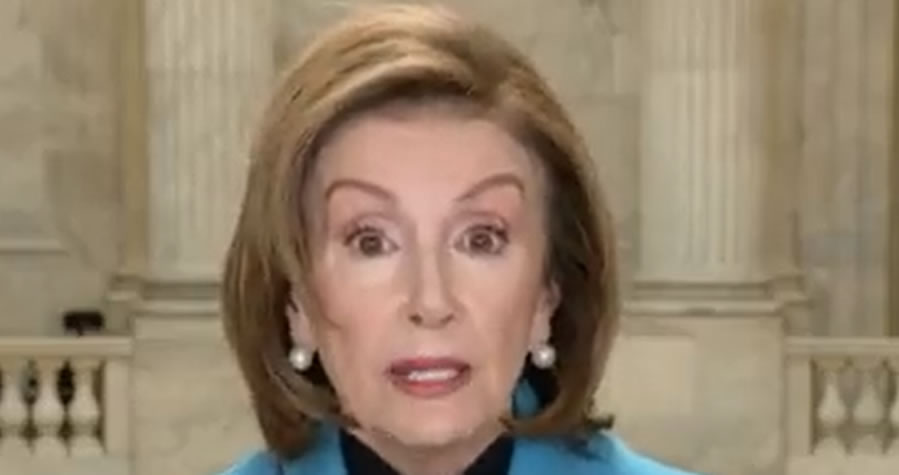 Speaker Nancy Pelosi appeared on CBS News’ “Face the Nation” Sunday morning, during which she talked about the legislation Republicans are passing across the country to undermine the integrity of our elections, saying it was “really a legislative continuation of January 6.”

Not to excuse the rioters at the Capitol, but Pelosi’s got it backward; those rioters were spurred on by the belief that the 2020 election was rigged … something that would be pretty difficult to argue if we finally did get national voter ID and an end to ballot harvesting. But instead, we had Hollywood lefties claiming that Trump supporters were stealing mail trucks, one at a time, on the backs of tow trucks, so desperate were they to have mail-in ballots.

NOW – Pelosi: "What the Republicans are doing across the country, is really a legislative continuation of January 6th."pic.twitter.com/g8rZd5BioW

Girls eyebrows are trying to escape something FIERCE

Her eyebrows are undermining democracy

What was really said:

What my dermatologist did was undermine the connective tissue of my forehead so that my eyebrows will eventual merge with my hairline by the next January 6th.

The Republicans’ actions since January 6th apparently have raised some eyebrows.