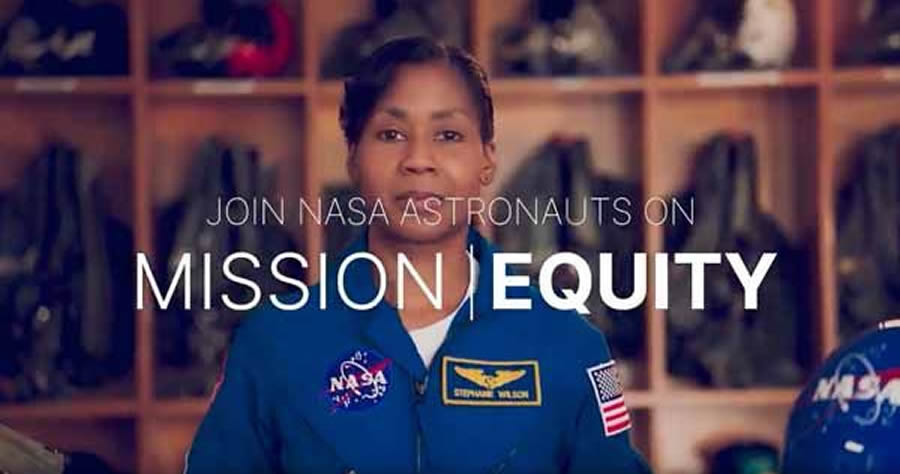 Government agencies sure like to make videos, especially confessionals about how they haven’t made diversity, equity, and inclusion a top priority until now. The CIA released a recruitment video featuring a woman who wouldn’t be kept in a box and yet checked off box after box: she’s a cisgender millennial tired of fighting misguided patriarchal ideas, and that’s why she fits right in at the nation’s spy agency. The Army upped the ante by releasing a series of animated recruitment videos, showing how one soldier’s lesbian mothers’ wedding made her a fighter for progress.

Now NASA, which has apparently been fighting its lack of diversity for a while now, is launching what it calls Mission Equity:

We’re launching Mission Equity, a comprehensive effort to assess how to expand access to our programs and examine potential barriers and challenges that exist for historically underrepresented and underserved communities. Find out how to give feedback: https://t.co/IJ2wk7qh0z pic.twitter.com/R8DPNcskwy