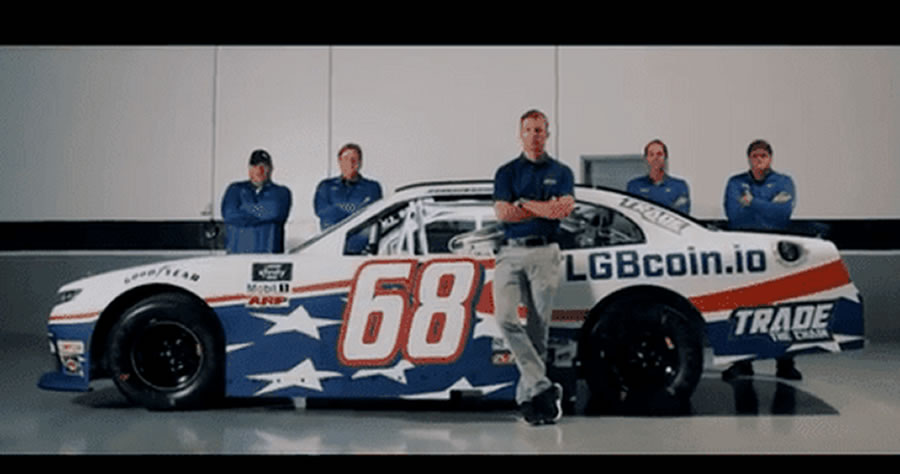 NASCAR driver Brandon Brown was the guy who Kelli Stavast, the NBC sports reporter, was interviewing when a chant broke out nearby in the stands of “F**k Joe Biden.” Despite the chant being quite clear, Stavast claimed that they were chanting, “Let’s go, Brandon” and a saying was born. It was a comment not just on Biden, but on the media covering up or smoothing things over for Biden and Democrats.

After the saying went viral, Brown said he was concerned about getting sponsorships because of the politics involved, but then as we reported, he decided not to fight the wave but go along with it, signing a deal with LGBCoin.io to sponsor his Xfinity Series car for this year.

LGB stands for “Let’s go, Brandon.” The LGB logo would be featured on the red, white, and blue car.

Brown’s publicist Max Marucci said the paint scheme on the car had been approved by NASCAR in writing prior to the announcement of the deal. But now, NASCAR is backpedaling, announcing that they are still “reviewing” the details. A NASCAR official told Motorsports that Brown “jumped the gun” when he made the announcement.

In other words, someone complained after the deal was announced, and NASCAR is now getting cold feet about something they had already greenlit. Not a good look, NASCAR. If you already approved it, you should have the courage of your convictions, and if you didn’t want to approve it, you shouldn’t have done so begin with.

I’m excited to welcome @LGBcoin_io aboard my No. 68 Chevrolet Camaro as our 2022 NASCAR Xfinity Series full season primary partner!