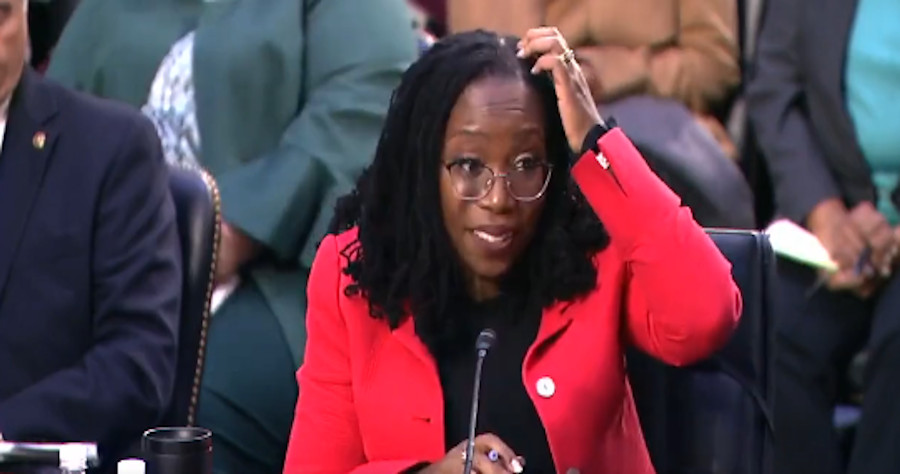 Earlier this week, we reported about how Republican Senator Marsha Blackburn (TN) set the internet on fire with an exchange between her and Joe Biden’s far-left Supreme Court Justice nominee Ketanji Brown-Jackson.

When Senator Blackburn asked Jackson to “define the word ‘woman,’” arguably a straightforward question, Jackson responded, “No, I can’t.”

“Not in this context,” responded Jackson with a nervous laugh. “I’m not a biologist.”

SEN. BLACKBURN: “Can you provide a definition of the word ‘woman’?”

JACKSON: “I’m not a biologist” pic.twitter.com/i7Rg83z5Y4

Yesterday, in response to the exchange between Brown and Senator Blackburn, a Nashville woman who’s been elected to make decisions on behalf of young students in the school district she represents has been caught on a hot mic making a very disturbing and possibly criminal remark about setting a sitting US Senator on fire.

Townhall – During a meeting of the Metropolitan Nashville Board of Public Education this week, a hot mic caught board members apparently pondering, “can we just go set Marsha Blackburn on fire?” — the latest instance of public school boards saying the quiet part out loud and revealing their partisan hostility against conservatives and Republicans.

An unidentified voice begins the conversation, “Have you been watching these Supreme Court?”

“Let me tell y’all,” another voice can be heard saying.

“She is something else,” a fan of Ketanji Brown Jackson says.

“Let me tell y’all,” another person says in agreement.

“I love her,” says another person caught on a hot mic.

And next was the remark that many would consider a criminal offense, “Can we just go set Marsha Blackburn on fire?”

Townhall posted the audio of the exchange that was caught on a hot mic on Twitter:

Members of the @MetroSchools School Board were caught on a hot-mic during a board meeting wishing that they could “just go set Marsha Blackburn on fire.”

These are the people in charge of our children’s education, America. Wake up! Know who you’re electing for these critical positions. Anyone who thinks saying a sitting United States Senator should be “set on fire” for asking a simple question like “define a woman” should be removed from her position and should also be investigated.