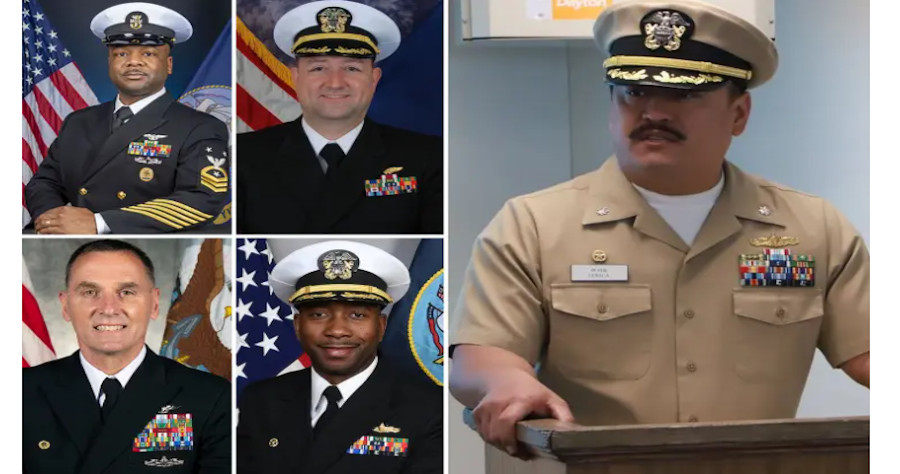 The US Navy has dismissed five commanding officers in less than one week due to “loss of confidence,” a strikingly short timeframe for such disciplinary action.

On Tuesday, the Navy announced it was relieving Cmdr. Peter Lesaca — of the destroyer USS Preble — of his duties “due to loss of confidence in his ability to command.”

“Navy commanding officers are held to high standards of personal and professional conduct,” the Navy said in a statement. “They are expected to uphold the highest standards of responsibility, reliability and leadership, and the Navy holds them accountable when they fall short of these standards.”

The Navy did not provide additional details as to why Lesaca was fired.

Lesaca’s firing came only three days after Capt. Jeffry Sandin, commanding officer of the Navy’s Recruit Training Command, was fired “due to a loss of confidence in his ability to command.”

One day before, the Navy fired commanding officer Cmdr. Devine Johnson and Command Master Chief Earl Sanders of the destroyer USS Bulkeley “due to a loss of confidence in their ability to effectively function as a command leadership team.”

Both have been temporarily reassigned to the staff of Commander, Naval Surface Force Atlantic, the Navy said.

They have been replaced for the time being by Capt. William “Mac” Harkin, deputy commodore of Destroyer Squadron Two, and Master Chief Petty Officer Christy Reed.

“There is no impact to the command’s mission or schedule due to this relief,” the Navy said.

The first commanding officer fired in the string of five was Cmdr. Matthew McCormick, head of Electronic Attack Squadron (VAQ) 137. McCormick was relieved of his duties on June 8 “due to loss of confidence in his ability to command.”

He had been in the position since September 2021 and will be temporarily replaced by Cmdr. Scott Maynes, executive officer of VAQ-137, until a permanent replacement is found.

In the meantime, McCormick “has been temporarily reassigned to Electronic Attack Wing Pacific (VAQWINGPAC) at Naval Station Whidbey Island.”

The Navy did not provide additional details as to why he was fired, but said his relief will have “no impact to the squadron’s mission or schedule.”

When asked for comment on the matter, the Pentagon referred The Post to the Navy, which did not immediately respond to an inquiry.

While it is not uncommon for a military branch to relieve top commanders of their positions due to a “loss of confidence,” departures typically are spread out over a prolonged period.