NC Lt. Gov. Mark Robinson Takes Defiant Stand as He Faces Calls to Resign After Calling Homosexuality ‘Filth’: ‘I Will Not Back Down’ 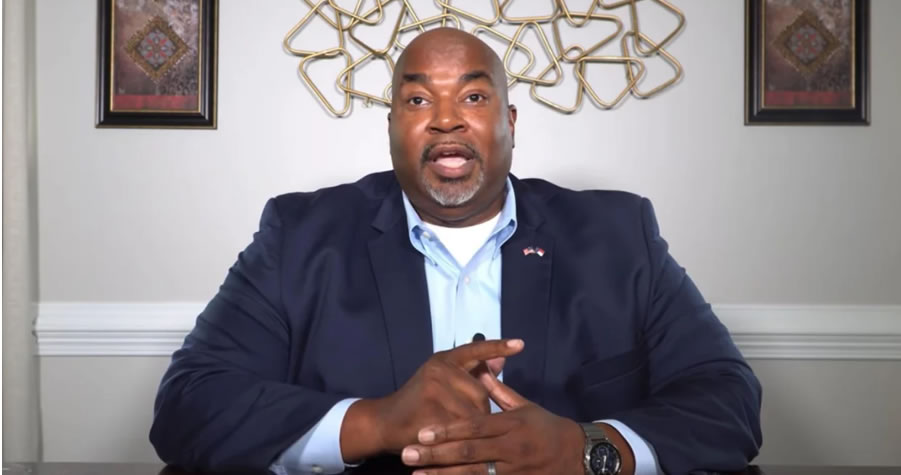 North Carolina Lt. Gov. Mark Robinson (R) is taking a stand as he faces calls to resign for describing homosexuality as “filth.”

While speaking at Asbury Baptist Church in Seagrove, North Carolina, in June, Robinson described “transgenderism” and homosexuality as “filth,” while condemning such concepts from being taught in school.

“There is no reason anybody, anywhere in America should be telling any child about transgenderism, homosexuality or any of that filth,” Robinson said. “And yes, I called it filth. And if you don’t like it that I called it filth, come see me about it.”

North Carolina state Sen. Jeff Jackson (D), who is running for U.S. Senate, demanded Robinson resign for the remarks. Gov. Roy Cooper (D), The Human Rights Campaign, and even the White House has since condemned Robinson.