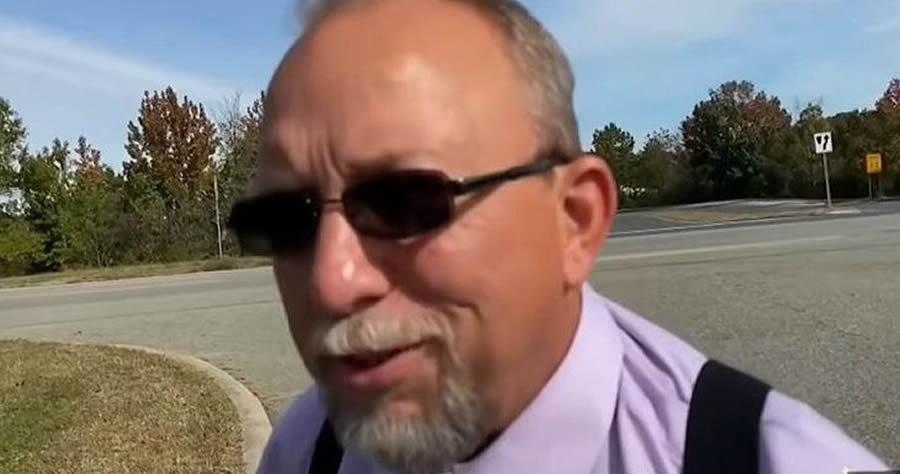 Never Trumper Tom Nichols often touts his “expertise” on various matters, although it’s unclear as to what specifically he’s an “expert” on. But I’ve been assured that he’s an expert among experts, and in fact is an expert ON experts, so just keep that in mind as you read the rest of this story.

As we’ve previously reported, Republican Edward Durr, who per the Associated Press has defeated longtime New Jersey State Senate President Steve Sweeney in a surprise victory that literally no one saw coming, is continuing to make waves in the Garden State.

Not only did he receive a congratulatory call from former President Donald Trump, but he’s also caught the attention (and ire) of New Jersey Gov. Phil Murphy (D), who last Friday called Durr “dangerous” for the state while lavishing praise on Sweeney for his “leadership,” the latter of which is obviously not felt by a majority of voters in New Jersey’s 3rd District.

In response, an unintimidated Durr cut Murphy down to size, pointing out that “Murphy is not what America is all about, he’s the dangerous guy who killed 10,000 nursing home residents and destroyed the lives of countless hardworking New Jerseyans.” A fair – and inarguable point – if there ever was one.

But even though “to the victor goes the spoils” or however the old saying goes, Durr’s smug critics remained undeterred, which brings us to Tom Nichols and a piece he wrote over the weekend, which appeared in The Atlantic. In it, Nichols who – again, remember, is an “expert” in some things – stated in so many words that while Durr’s story was neat, that we needed people in government who actually knew a thing or two about politics:

The plucky ordinary fellow taking down the mossy old Trenton pol has been catnip for many of my former comrades on the right, including many I greatly respect. But they seem to be acting on the belief that the local voter is always right and the long-serving politician is always wrong…

Sen.-Elect Ed Durr on @SaveJersey live when asked about @TheAtlantic’s contention that he doesn’t know how to govern in the New Jersey legislature:

“How much worse could I make it?”