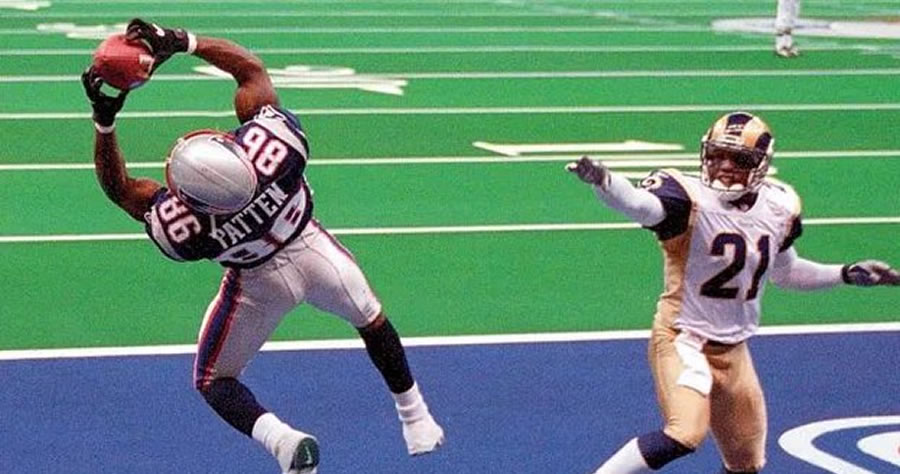 New England Patriots star David Patten has died at the age of 47 in a motorcycle crash outside near home in South Carolina.

Police say Patten was on his bike on Thursday when he crashed it through a median in his hometown of Columbia.

He caused two other cars to crash.

The driver of one of those vehicles has been taken to the hospital with unspecified injuries.

Patten was a wide receiver for the Patriots between 2001 and 2004, winning three Super Bowls with the team.

Patten’s fellow wide receiver and former Patriots teammate Deion Branch called him a “Great Player, but Most of All A Great Man, Mentor and Brother” on Twitter.

The Patriots signed Patten as a free agent in 2001, his fifth NFL season after stints with the Giants and Browns. Before his NFL debut, he briefly played in the Arena Football League.

Patten went on to have a long, successful career — including stretches with the Saints, Washington Football Team and Browns. He totaled 324 catches, 4,715 yards and 24 touchdowns in 147 career games.

“It breaks my heart to hear of David’s tragic passing at such a young age,” Patriots head coach Bill Belichick said in a statement. “I am grateful to have coached David. He is an essential person and player in Patriots history, without whom we would not have been Super Bowl champions. 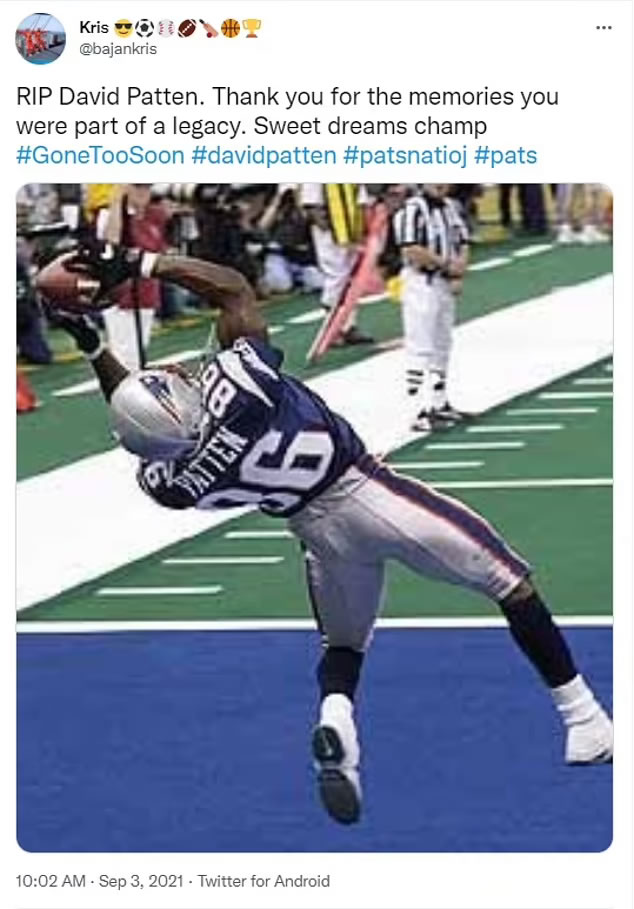